As Economy Exclusively Underperforms, Biden Says It Is 'Roaring Back'

During a speech on Monday, President Biden said that the record-breaking inflation levels were expected by the administration’s “experts,” and claimed the economy is actually “roaring back,” despite its consistent underperformance.

“As our economy comes roaring back, we’ve seen some price increases. Some folks have raised worries that this could be a sign of persistent inflation, but that’s not our view,” Biden said. “Our experts believe and the data shows that most of the price increases we’ve seen were expected and are expected to be temporary.”

Biden’s claims that the administration’s experts, who are able to view the Biden’s policy planning firsthand, expected these levels of inflation suggest that the administration’s experts are much more pessimistic than other economists. For example, in April, May, and June, inflation was worse than economists surveyed by Dow Jones and Bloomberg had predicted.

“The consumer price index increased 5.4% from a year earlier, the largest jump since August 2008, just before the worst of the financial crisis. Economists surveyed by Dow Jones had been expecting a 5% gain,” CNBC reported. “Stripping out volatile food and energy prices, the core CPI rose 4.5%, the sharpest move for that measure since September 1991 and well above the estimate of 3.8%. On a monthly basis, headline and core prices rose 0.9% against 0.5% estimates.”

The surge in inflation began after the Biden administration passed his American Rescue Plan in March, which increased payments people would receive for staying unemployment. The next month, the rates of inflation were double the worst projection made in a Bloomberg survey of economists.

The decision to pay people not to have a job also resulted in the economy’s recovery coming to a “roaring” halt as it added back nearly 750,000 jobs less than expected. Forbes reported, “The United States added 266,000 jobs in April, according to data released by the Labor Department Friday—much worse than the 1 million job gains economists expected and far fewer than the 916,000 jobs added in March, indicating that the long-tepid labor market recovery is slowing down again even as stocks and corporate earnings rip higher.”

“Some economists say employers, particularly in the restaurant and entertainment industry, have been struggling to find workers because Biden’s relief package which included extended pandemic benefits for the unemployed, is deterring some workers from returning to their old job or seeking out a new position,” NBC News wrote in May 2021, adding, “Bank of America estimates that for those who were earning less than $32,000 a year before the pandemic, unemployment pays more than their former job. And, the bank estimates, that could keep 1 million people out of the workforce.” 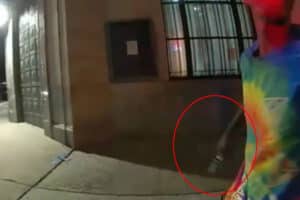