Arizona Police Seize Record Breaking Amount of Fentanyl, Enough to 'Kill Half the Population' of the State

Police in Scottsdale, Arizona, seized a record-shattering amount of fentanyl in a massive bust this week.

The department worked with the United States Drug Enforcement Administration to seize 1.7 million pills, 10 kilos of powdered fentanyl, and one pound of methamphetamine from the Sinaloa cartel.

In all, this amounts to over 300 pounds of drugs confiscated — which may have saved hundreds of thousands of people’s lives.

“You’re talking about more than 4 million more pills that could have been made. I want to put that in context. We’re talking about 6 million fentanyl pills. That is enough to kill more than half the population of the state of Arizona,” said Arizona Attorney General Mark Brnovich during the press conference, according to a report from ABC 15.

During the press conference, Scottsdale Police Chief Jeff Walther added, “This is not a recreational drug; this is death.”

“Fentanyl, which has really hit the market for us, is what is driving our opioid crisis,” Walther added.

“Because this is just flowing, like a river, into Arizona, and then has tendrils that are going around the country,” Walther said.

DEA Special Agent Cheri Oz also spoke at the briefing and discussed her concern with drugs pouring over the southern border.

“During the two-month surge, we seized 3 million pills, 45 kilos of fentanyl powders, over 35 firearms, and arrested over 40 drug traffickers,” Oz said.

Oz explained that the cartels and drug dealers are now using social media to move their deadly products. She urged parents to speak to their children about fentanyl specifically.

“They are posting emojis and coded lingo that has specific meanings. We urge you to talk to your children about these specific pills,” she said.

Over 9.5 million pills of fentanyl have been seized in Arizona alone this year.

The problem is not only affecting Arizona.

“In the period from October 2020 to September 2021, Customs and Border Protection officials seized 11,201 pounds of fentanyl,” reports the New York Post. “One kilogram of fentanyl ​is equivalent to 500,000 lethal doses, the federal government estimates, meaning the seizures represent 2.5 billion doses prevented from entering the country.”

The ABC report noted that DEA lab testing results show that four out of every ten pills with fentanyl contain a potentially lethal dose. 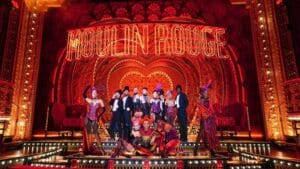