In a unanimous decision, the Arizona Supreme Court upheld a lower court’s decision ending an effort to bar mask mandates in schools.

The court ruled that the Republican-led legislature violated the state constitution when it added a law that bans schools from instituting mask mandates in unrelated budget bills. Schools have required students ranging from kindergarten to twelfth grade to wear masks in an effort to slow the spread of COVID-19.

“A lower court ruled Sept. 27 five of the budget implementation laws signed by Gov. Doug Ducey ran afoul of the state’s constitutional limitation that legislation pertains to one subject that’s adequately represented in the title. The judge didn’t speak to the legality of the mandate bans but rather how they were included in budget bills,” reports The Center Square.

The seven justices heard arguments from the state appealing a trial court judge’s ruling. They questioned Solicitor General Beau Roysden about the legislature’s efforts to include a number of bills in the budget, including dog racing and secure ballot paper.

“The state constitution says each bill must cover but one subject with each item properly connected to others. Separately, the titles of each bill must reflect the contents and give lawmakers and the public adequate notice of what’s included,” per ABC News.

“Assistant Attorney General Beau Roysden, who represented the state, said it’s up to the legislature and not the courts to determine whether a BRB’s title accurately reflects the contents of a bill, or whether its various provisions qualify as budget measures,” per the AZ Mirror.

The justices returned their decision in just under two hours.

“The state has a plenary power to pass individual legislation that doesn’t violate the title requirement or the single subject rule,” Chief Justice Robert Brutinel said.

The ruling also blocks several measures that were not related to COVID-19. One is an anti-fraud countermeasure for ballots for counties that choose to use them. Additionally, Democratic Secretary of State Katie Hobbs will not have the authority to defend election laws in court or enact other so-called “election integrity” measures.

Arizona’s Supreme Court will issue a full opinion in the coming weeks. It is not yet clear what restriction the ruling will place on what the legislature can include in the budget. 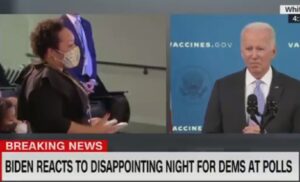