Alcindor faced harsh criticism on social media for her conduct, which many deemed unprofessional and an act of activism instead of journalism.

After announcing newly-approved COVID vaccination eligibility for children ages 5-11, Biden was confronted by the outraged Alcindor about what Democrats can do, now that Republicans are “successfully running on culture war issues and false claims about Critical Race Theory.”

“What should Democrats possibly do differently to avoid similar losses in November, especially since Republicans are now successfully running on culture wars issues and false claims about critical race theory?” Alcindor asked.

Biden responded that the Democratic Party needs to “produce results,” he did not address the issue of CRT.

“People need a little breathing room, they’re overwhelmed,” Biden told Alcindor. “And what happened was I think we have to just produce results for them in order to change their standard of living and give them a little more breathing room.”

Unsatisfied, Alcindor continued to insert her opinion into her question, by calling Republicans liars.

“What’s your message, though, to Democratic voters, especially Black voters, who see Republicans running on race and education, lying about critical race theory and they’re worried that Democrats don’t have an effective way to push back on that?” Alcindor asked.

Biden continued, “look, I just think people are at a point, and it’s understandable, where there’s a whole lot of confusion. Everything from are you going to ever get COVID under control to are my kids going to be in school or they’re going to be able to stay in school to whether or not I’m going to get a tax break that allows me to be able to pay for the needs of my kids and my family. And they’re all things that we’re gonna- that I’m running on, will run on and I think we’ll do fine.” 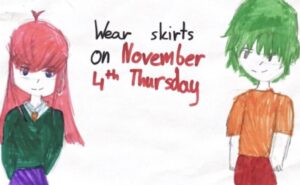