'McCarthy Was Suggesting He Could Get Dems To Walk Away To Lower His Threshold ... And I Fact Checked And Said Absolutely Not' Said The New York Representative

“McCarthy was suggesting he could get Dems to walk away to lower his threshold,” the New York representative told the outlet of her conversation with Gaetz. “And I fact checked and said absolutely not.”

Here’s what @MattGaetz and @AOC said in their conspicuous exchange on the House floor https://t.co/2CX6P9bQLD by @ryangrim

Nineteen Republicans defected from supporting McCarthy during the first two ballots, though the California representative lost another vote from Florida representative Byron Donalds after a third vote was cast.

“The reality is Rep. Kevin McCarthy doesn’t have the votes. I committed my support to him publicly and for two votes on the House Floor,” Donalds shared on Twitter following the contentious vote. “218 is the number, and currently, no one is there. Our conference needs to recess and huddle and find someone or work out the next steps, but these continuous votes aren’t working for anyone.”

“When the dust settles, we will have a Republican Speaker, now is the time for our conference to debate and come to a consensus,” Donalds continued. “This will take time, Democracy is messy at times, but we will be ready to govern on behalf of the American people. Debate is healthy.”

Gaetz alleged McCarthy sent a text to a fellow defecting colleague saying the Republican leader was “ready to fund an endless war.”

“McCarthy is losing it,” Gaetz wrote. “I’m assuming this is in *addition* to Ukraine.”

“Supporting McCarthy is the worst Human Resources decision President Trump has ever made. Sad!” said Gaetz.

As of Wednesday afternoon, McCarthy has failed to secure Speakership after four consecutive votes. A fifth ballot is scheduled to take place Wednesday. 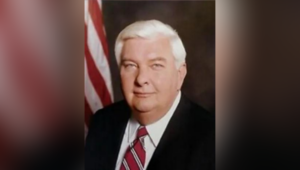