Lincoln Almond, 86, who served as Rhode Island’s governor from 1995 to 2003, has died and was eulogized briefly by Rhode Island’s current Democrat Governor Dan McKee during the latter’s inauguration ceremony.

“The first governor to serve a four-year term, Governor Almond often said his number one goal was to make Rhode Island a place where people wanted to work and raise a family,” McKee said.

“Whether it was expanding the number of state-subsidized child care seats, increasing education aid, investing in Rhode Island’s institutions of higher education, creating thousands of good-paying jobs and laying the foundation for Quonset to be the economic engine it is today – Rhode Island was better off because of his eight years as governor.”

Almond’s obituary, which appeared in the Providence Journal, described his life as follows:

He governed as a political moderate who was fiscally conservative and socially compassionate. His Administration was recognized for expanding child health care benefits, strong economic development and job creation, and needed improvements to his beloved URI. At every stop in his career, he was blessed and grateful to have had the loyal support of countless talented and dedicated staff at every level. He was a diehard Rhody Rams basketball fan and a fixture for years in Section 213 at the Ryan Center. Go Rhody! He enjoyed watching Red Sox and Patriots games, and walked endless miles with Marilyn over the years on the beaches of Wellfleet. He took pride in his yard and basked in nurturing and mowing his prized lawn.

Almond moved into the governor’s mansion following his 1994 victory and became the first governor to serve a four-year term following a change to the state’s constitution. His political career sprouted from his experience as a public administrator for the town of Lincoln.

Serving two stints as U.S. Attorney for the District of Rhode Island between the years 1969-1978 and 1981-1993, Almond’s tenure as governor saw the Republican widely expanding public health care programs for minors from low-income families while also reducing the state’s income tax by 10%.

He leaves behind his wife, Marilyn; his son Lincoln and his daughter Amy; and his five grandchildren Zachary, Chase, Kevin, Emily, and Sarah. 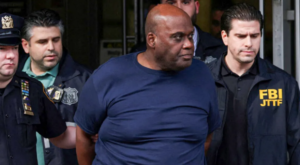