Far-left activists shut down a press conference from the Portland Police Bureau about a shooting that took place during an anti-cop protest on Saturday evening.

Protesters had gathered at Normandale Park for an anti-police protest in response to the sentencing of Kim Potter. During the protest, a confrontation between an armed homeowner and armed demonstrators resulted in one dead and five injured.

Lieutenant Nathan Sheppard with the PPB was attempting to give a press conference with new information about the incident when he was interrupted by protesters.

#Antifa and far-left protesters followed and surrounded Lt. Nathan Sheppard of the @PortlandPolice after they shut down the press conference about last night’s mass shooting involving their comrades. pic.twitter.com/4EShNM9GhB

After ending the conference early, Lt. Sheppard was followed out of the building by the protesters who continued to heckle him.

KGW8 reports, “One female victim was found dead when officers arrived, PPB said. The identity of the victim and cause of death will be determined by the Oregon State Medical Examiner, police said. Five additional people were hit by gunfire. Two men and three women were taken to hospitals for treatment. Their status is unknown, according to police late Saturday night.”

Two people have been arrested in connection to the incident, but their names had not been made public by the time of publishing.

Details remain scarce about what happened during the deadly altercation  — but a GoFundMe created for two of the people who were shot has already raised nearly $90,000 and identifies them as Amir Locke and Daunte Wright.

A description on the fundraiser reads, “in the wake of tonight’s horrific events that occured in Portland please donate to help us build funds to cover expenses for our wounded and fallen comrades. These funds will go to the people who were standing in solidarity with Amir Locke and Daunte Wright at the justice for Patrick Kimmons march.”

It goes on to say, “these funds will be used to cover medical and funeral expenses amongst other bills for our wounded comrades. Please donate and help us easy this burden for them as they have done for so many of us through their dedication to defending our community and putting their lives on the line to do so. We have our backs they certainly have had ours please help us have theirs.”

Mayor Ted Wheeler said in a statement that guns are the problem.

“While many of the details of last night’s shooting near Normandale Park are unclear, we do know one thing for sure: Our community is dealing with the sadness of another senseless act of gun violence. It is this collective sadness and frustration that fuels my commitment to do all that is in my power to reduce the gun violence that is traumatizing our beloved city,” Mayor Wheeler said.

Wheeler continued, “I want to thank Police Chief Lovell, the investigators and the officers involved for the careful work they are doing and recognize the exhaustion they must be experiencing. I am also asking the community to cooperate with the investigation. We must prevent another tragedy like this from ever happening again.” 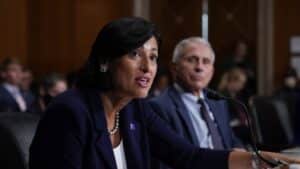