One of the most diverse universities in the country — in a city where nearly half the population is black — now has “Black Affinity Housing.”

Students at American University (AU) have been receiving promotions from the school’s Center for Diversity and Inclusion (CDI), advertising on-campus housing specifically “for and by the Black students.”

The new Black Affinity Housing dorms will be located in the newly-renovated Roper Hall, according to the official FAQ page on the AU website.

“Students will spend intentional time together and create community within this space that affirms and celebrates the identities of Black students,” the FAQ page says in the introduction. “Affinity Housing will allow participating students to maintain a sense of self-worth, reconnect with a sense of identity and pride, and provide participating students with the opportunity to regroup, process experiences, and be surrounded by a community of support.”

That’s a lot of words to say that black students apparently need a political echo chamber and safe space to segregate themselves into. Up until the mid-20th century, the Democratic Party was a proponent of racial segregation in schools. Now, the modern-day far left has once again created designated spaces for different ethnic groups on college campuses. However, this time, it’s in the name of fostering diversity and inclusion.

According to College Factual, AU is ranked in the top 5% of universities for overall diversity, and is above average in racial diversity. Based on 2019 Census Bureau estimates, the population of the surrounding city of Washington, DC, is 45.4% black. The school isn’t homogenous or scarcely black by any means, yet black students are being given the option to move into a newly-renovated dorm to “support a stronger sense of community identity.”

Other identity-based campus communities such as the LGBTQ+ and Latino and Hispanic Faculty & Staff Affinity Groups exist, but only the Black Affinity group has their own dorm. Because of the federal Fair Housing Act, it is illegal in the United States to discriminate against tenants based on race, color, religion, national origin, etc. Therefore, AU technically cannot forbid students of other races from applying to live in Roper Hall, but it is “most likely that most of the participants will self-identify as Black or African American,” according to the FAQ.

Despite this allowance for other ethnicities to participate, I’m having a difficult time seeing a scenario in which white students apply for a spot and are welcomed with open arms.

All of this leads me to wonder: why is it specifically black people that need race-centric housing? Under the “Activities” section of the FAQ, it says that “participants will have opportunities to connect socially and engage in educational discourse about issues that impact the Black community at American University, locally and throughout the world.”

So, black students need to live together in a dorm building to adequately talk about racism and Black Lives Matter protests? That’s the message I’m receiving from this. Not only is this entire project quite infantilizing towards black students, but it also fosters the notion that the non-black students of AU (of which the largest demographic are white) are so oppressive and unrelatable in nature that black students who want to participate in such conversations can’t live around them.

In addition, this is a clear-cut case of performative activism, or “virtue signaling.” When applying for regular on-campus housing at AU, students have the option to request who they would like to room with. In theory, black students who only want to live with other black students could just request to live with each other. Surely, groups of black roommates could be affirming and celebrating their identities together despite seeing white people in the laundry room or other common areas … right? Most well-adjusted people could. However, AU seems to want to prove how “accepting” they are by effectively advocating for quasi-segregation. 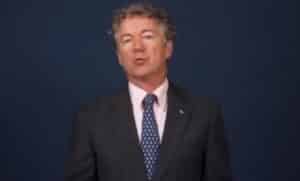 Sen. Rand Paul Urges People to Defy COVID Mandates: ‘They Can’t Arrest All of Us’ (VIDEO)