Sen. Rand Paul Urges People to Defy COVID Mandates: ‘They Can’t Arrest All of Us’ (VIDEO)

The senator’s speech played on an op-ed for Fox News that he penned last week. It began with one word — “Resist.”

The Kentucky Republican stated before a blue background that “it’s time for us to resist” the “petty tyrants and bureaucrats.”

“It’s time for us to resist,” Paul says in the 3 minute and 37-second long clip. “They can’t arrest all of us. They can’t keep all of your kids home from school. … We don’t have to accept the mandates, lockdowns and harmful policies of the petty tyrants and bureaucrats. We can simply say no. Not again.”

Sen. Paul also threatened to “hold up every bill with two amendments” if any school system tries to keep kids out of the classroom this fall. “One to defund them, and another to allow parents the choice of where the money goes for their child’s education.”

“Children are falling behind in school, and are being harmed physically and psychologically by the tactics that you have used to keep them from the classroom during the last year. We won’t allow it again,” Paul said.

We are at a moment of truth and a crossroads. Will we allow these people to use fear and propaganda to do further harm to our society, economy, and children?

Or will we stand together and say, absolutely not. Not this time. I choose freedom. pic.twitter.com/XrI2tjdAHW

“Nancy Pelosi, you will not arrest, or stop me or anyone on my staff from doing our jobs. We have either had Covid, had the vaccine, or been offered the vaccine. We will make our own health choices. We will not show you a passport. We will not wear a mask. We will not be forced into random screenings so you can continue your drunk with power reign over the Capitol,” Sen. Paul continued. “President Biden, we will not accept your agencies’ mandates or your reported moves towards a lockdown.”

The Senator has practiced medicine for 33 years after graduating from Duke Medical School. He went on to work in emergency rooms, study immunology and virology, and ultimately become a surgeon. 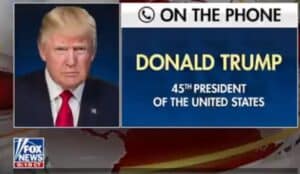