The child previously only held US citizenship, but once she arrived in Saudi Arabia she was subjected to the male guardianship laws in the nation.

An American woman and her daughter are reportedly trapped in Saudi Arabia after being “lured” there under false pretenses by her ex-husband.

The Freedom Initiative,  a DC-based non-profit that is dedicated to advocating for prisoners who are wrongfully detained in the Middle East, has called for the return of US citizen Carly Morris and her daughter.

On Friday, the organization issued a press release about the case.

The organization said that Saudi authorities summoned Morris to the police station in the city of Buraydah on November 7, claiming it was related to an issue with her daughter’s identification. When she arrived, her ex-husband was waiting there, and the authorities ordered her daughter be turned over to him, against her wishes.

“Saudi authorities then detained Morris in front of her daughter and placed her in shackles around her ankles and wrists. During her detention, she was interrogated about tweeting and communicating with media and human rights organizations about her situation. Interrogators informed her that doing this was a crime. She did not have legal representation,” the press release states.

Morris was told she would be held for at least five days, and possibly more — but was released after news of what happened was reported by international media.

Once she was released, she went to her daughter’s school and picked her up.

“It remains unclear if authorities will detain Morris or turn the child over to her ex-husband again. Morris remains under a travel ban issued by the Saudi authorities in September,” the press release explains. “Morris and her daughter have been trapped in Saudi Arabia since 2019 due to the kingdom’s repressive male guardianship laws. The two were lured to the country by her ex-husband, a Saudi citizen, in August 2019.”

The child previously only held US citizenship, but once she arrived in Saudi Arabia she was subjected to the male guardianship laws in the nation. Under those laws, she cannot leave the country without her father’s permission, which he has refused to grant.

The Freedom Initiative reports that in September 2022, Morris was informed that she was under investigation for “disrupting public order,” for speaking out on social media about what has been happening to her.

“We are relieved that Carly Morris has been released and able to reunite with her daughter, but Carly remains trapped in Saudi Arabia due to a travel ban and under constant threat of rearrest. Saudi authorities should immediately lift the travel ban against her and permit her to return home to the U.S. with her daughter,” said Bethany Al-Haidari, Saudi Case Manager at the Freedom Initiative.

Al-Haidari was also trapped with her daughter in Saudi Arabia for nearly two years before being allowed to return to the US.

The organization claims that “at least four US citizens and one legal permanent resident remain trapped in Saudi Arabia under unlawful travel bans, and at least two elderly US citizens remain wrongfully imprisoned in the country.”

“It is deplorable that Morris was lured to the police station under false pretenses only to be arrested in front of her child without charge. The U.S. should publicly demand that Saudi authorities lift Carly’s travel ban and facilitate her and her daughter’s safe return to the United States,” said Todd Ruffner, Advocacy Director at the Freedom Initiative. 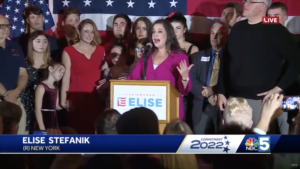