The former President is set to make a “very big” announcement this Tuesday which is largely speculated to be Trump’s official statement of intent to run in the 2024 Presidential election. Following the midterm election earlier this week, Stefanik threw her support behind the former President in a statement originally reported on by the New York Times.

“I am proud to endorse Donald Trump for president in 2024,” Stefanik said. “It is time for Republicans to unite around the most popular Republican in America who has a proven track record of conservative governance.”

Following the Times reporting, Stefanik reiterated her support in a statement to Breitbart on Thursday.

“I am proud to endorse Donald Trump for president in 2024,” Rep. Elise Stefanik said in a statement. “It is time for Republicans to unite around the most popular Republican in America who has a proven track record.”https://t.co/cRCybk3CFH

I fully support him running again. Under his presidency, America was strong at home and abroad, our economy was red hot, our border was secure, our neighborhoods were safe, our law enforcement was respected, and our enemies feared us. We cannot afford another four years of Joe Biden’s failed policies that have led to the inflation crisis, border crisis, and crime crisis. It is time for Republicans to unite around the most popular Republican in America, who has a proven track record of conservative governance. Poll after poll shows that President Trump would defeat any Republican challenger by massive margins, and would beat Joe Biden if the election were held today. President Trump has always put America First, and I look forward to supporting him so we can save America.

On the Monday prior to Election Day, Trump further previewed his upcoming Tuesday announcement at another campaign rally in Ohio.

“I’m going to be making a very big announcement on Tuesday, November 15, at Mar-a-Lago in Palm Beach, Florida,” Trump said, noting he didn’t want to “detract” from the midterm election saying it was a “country-saving election.” 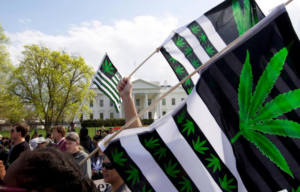