Almost half of all Americans are reporting increased financial hardship due to inflation, according to a newly released Gallup poll.

People who live in households earning less than $40,000 a year have been the hardest hit, with 71 percent reporting that the price hikes have caused financial hardship for their families, according to the poll.

“As the peak of holiday shopping approaches and winter temperatures drive up heating costs across the U.S., 45% of American households report that recent price increases are causing their family some degree of financial hardship. Ten percent describe it as severe hardship affecting their standard of living, while another 35% say the hardship is moderate,” Gallup reports of their findings.

Overall, 45 percent of households report that the price increases are causing hardship for their family, while ten percent describe it as “severe” to the point where it is affecting their standard of living.

“As Americans sail into peak holiday shopping season and winter temperatures bring bigger heating bills to much of the country, nearly half of U.S. adults already report that price increases are causing them financial hardship,” the Gallup report explains. “For most, the problem is not a crisis — but lower-income households are feeling the impact more than others, with nearly three in 10 saying the hardship is severe enough that it is affecting their current standard of living.”

Gallup added, “rising prices are expected to persist, meaning more Americans are likely to report hardship and those most vulnerable are likely to see things get worse before they improve.”

There are also slight differences in the degree of hardship reported across partisan lines.

The latest Gallup poll was conducted Nov. 3-16 among 1,598 adults. It has a margin of error of plus or minus 3 percentage points. 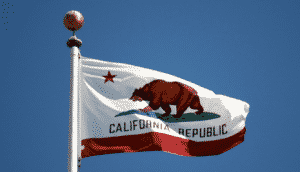