District Attorney Mentioned the Actor's Name In $635,000 Funding Request For Special Prosecutor and Other Staff

New Mexico prosecutors have just named actor Alec Baldwin as “one of the possible defendants” in a suite of four imminent prosecutions associated with a fatal shooting on a movie set nearly a year ago.

Baldwin was mentioned by the First Judicial District Attorney’s Office in an emergency funding request.

The DA’s office requested $635,000 to cover the cost of the prosecution and was just granted a first installment of $317,000, according to the Santa Fe New Mexican.

Officials have been investigating the death of cinematographer Halyna Hutchins who was fatally shot on the set of Rust in October 2021.

Baldwin was rehearsing for a scene involving a shootout in a church when the firearm he was holding discharged an actual bullet instead of a blank.

The bullet struck Hutchins, along with the director standing behind her. She was pronounced dead within just a few hours.

District Attorney Mary Carmack-Altwies says the money will be used to hire a special prosecutor and multiple other staff needed for the legal proceedings.

“Experts in firearms, the handling of firearms on movie sets, and safety protocols on move sets must be retained immediately,” Carmack-Altwies wrote in the request, according to the Santa Fe New Mexican. “If the First Judicial District Attorney … were to take funding for the ‘RUST’ prosecution out of the general fund, there would not be enough funding to pay our employees, expert witnesses needed for other cases and general everyday expenses of the office.”

Carmack-Altwies said her office may be considering homicide charges and/or gun statutes under the state’s criminal code.

Baldwin has maintained since the shooting that he believed he was given a “cold gun” — a weapon without a live bullet — from the film’s armorer. He has also suggested the bullet was fired due to a malfunction, stating that he did not pull the trigger on the weapon.

However, a forensic report by the FBI determined that the shooting could not have taken place without pulling the trigger. 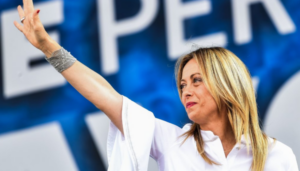