The group has accused the Kentucky Senator of making “divisive and misleading statements” about Kelly Tshibaka. The party opted to endorse Tshibaka over the incumbent,  Senator Lisa Murkowski. Alaska used a ranked-choice voting system that allows multiple candidates from the same political party to compete in an election if they qualify during the general primary.

The party had previously censured Murkowski on March 13, 2021 for “actions contrary to the Alaska Republican Party platform and best interest of the State of Alaska.” Murkowski had voted to convict President Donald Trump for his alleged role in the events of  Jan. 6, 2021. The censure prohibited her from being a candidate in a Republican primary.

The ARP says McConnell’s significant financial support of Murkowski’s re-election campaign is in opposition to the party’s will.

“Much of the financial support from the Senate Leadership Fund has been used for malicious political attack ads targeted at our endorsed candidate, Kelly Tshibaka, that are gross distortions of fact,” the party’s resolution states.

The party contends that McConnell’s “inappropriate endorsement of censured Senator Murkowski” lacks support from the ARP and is in violation of the Republican Party of Kentucky’s rules, which call for “Republican Integrity.” The ARP has warned voters the ads should not be believed and has requested the Senate Leadership Fund “immediately stop” the ads targeting Tshibaka.

“The Alaska Republican Party State Central Committee joins the ARP Chairman and proudly reaffirms its full-throated support for our endorsed U.S. Senate candidate, Kelly Tshibaka,” reads the resolution, which was passed by a 49-8 vote.

“Lisa Murkowski is bad for Alaska. Her vote to confirm Biden’s Interior Secretary was a vote to kill long sought for, and approved, ANWR, and Alaska jobs,” Trump said in a statement, per Fox News. “Kelly is a fighter who stands for Alaska values and America First. She is MAGA all the way, pro-energy, strong on the Border, tough on Crime and totally supports our Military and our great Vets.”

At least one Alaska radio station declined to air an attack ad funded by McConnell’s super PAC because it was “over the line in terms of decency,” reports Breitbart.

Some of the ads take aim at Tshibaka for saying she would prohibit mailing birth control. Another alludes to an audit of hours Tshibaka recorded for herself and others while employed by the government and falsely suggests impropriety. 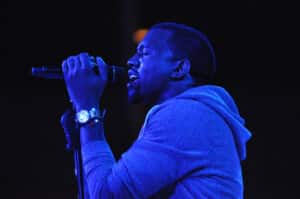