Airbnb to Close Domestic Business in China, According to New Report

Airbnb will end its domestic business in China after almost six years.

The company will remove all of its property listings and experiences in mainland China this summer.

According to a report from CNBC, sources close to Airbnb say the company will inform its Chinese employees on May 24.

Airbnb launched its operation in China in 2016. The expansion into the market was noted for its cost and complexity. In recent years, the American company has faced serious challenges from domestic competitors, including Tujia.

“Chinese outbound travel has been a bigger opportunity for Airbnb and the company will refocus on providing listings for Chinese travelers going abroad,” reports CNCB. “Airbnb will maintain an office in Beijing with hundreds of employees, according to one source.”

The changes in operation would make China the first international market in which local competitors have out-performed the short-term rental company.

The company considered merging with Tujia and reportedly held a negotiation meeting with the Chinse company in January of 2017. However, the merger never materialized.

In 2018, Tujia said in a statement reported by PanDaily, “In China, we are more than twofolds of the second place company in terms of performance and growth, and certainly not afraid of any competition… We currently do not need to cooperate with any institution in the form of a share exchange.”

China is not a major market for Airbnb.

“In 2019 Asia Pacific represented 13% of Airbnb’s bookings and 12% of its revenue,” according to Skift Research. The research group estimated that “Airbnb generated $1.4 billion of gross bookings from China in 2019 and $143 million of revenue. This would represent 25% of Asia Pacific sales and 3% of global company revenue.”

Airbnb, which was founded in 2007, currently has over 6 million active properties across more than 220 countries and regions in the world.

The company reported a net income of $55 million during the final quarter of 2021, noting success despite early COVID-19 disruptions to the industry. In May of 2020, Airbnb let go of 25% of its staff as travel ceased in the wake of pandemic-related quarantine and travel restrictions.

The company announced in early May that COVID-19 will no longer be a penalty-free reason for reservation cancellations.

Travel to China is still restricted by the Chinese government. Anyone traveling to China must be vaccinated against COVID-19, test negative for the virus prior to departure, and submit to a 14-day quarantine. Foreign nationals with residence permits and visas are granted entry to the country under very limited circumstances.

Airbnb has not released a statement about the reported closure. 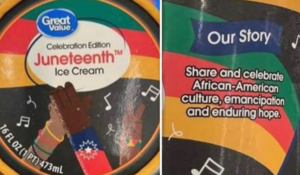