Walmart’s new Juneteenth ice cream is being panned by consumers as a poor marketing decision.

The product, released as a “Celebration Edition” under the brand’s Great Value brand, is a mix of red velvet and cheesecake flavors.

“Share and celebrate African-American culture, emancipation and enduring hope,” reads a message on the side of the pints of the ice cream. The containers are decorated with black, yellow, red, and green stripes.

The company has also attempted to trademark the flavor name Juneteenth

Photos of the Juneteenth ice cream circulated on Twitter over the weekend. Users rebuked Walmart for the product, which was deemed to be in poor taste or insensitive.

Send the @Walmart execs to me. For numerous reasons, commercializing and exploiting Juneteenth in this way is racist and otherwise extremely problematic. #Walmart #Juneteenth pic.twitter.com/krdmEiW6QW

It’s important to have #diverse voices at the table when making strategic business decisions. When you don’t, you end up making costly, foolish mistakes like @Walmart’s Great Value #Juneteenth Ice Cream. I am so done. 🤬 #DoBetter #Walmart #ProfitingOffOfPain pic.twitter.com/sPGSOm7PSg

This another reason why I don’t shop at WALMART… Juneteenth ain’t a flavor, or is y’all saying because we all different shades we considered a flavor? Cause I ain’t never seen tequila ice cream for cinco de Mayo or casserole flavored ice cream for 4th of July. https://t.co/bu8KoxyUte

Others opposed the use of Juneteenth to generate a profit.

I would prefer a black owned company profit off Juneteenth ice cream than Walmart of all companies. An internal survey by Walmart found many high-ranking Black employees wouldn’t recommend working there.

I told you last year that President biden federalized juneteenth so they could weaken it, exploit it, commercialize it, and ultimately destroy its relevance. For the first time in history most Juneteenth celebrations throughout the country are being financed by white corporations pic.twitter.com/gFfaMuj6oV

Walmart, which is currently valued at more than $327 billion, has not publicly addressed the backlash against the product.

On June 17, 2021, President Joe Biden make Juneteenth a federally recognized holiday by signing the Juneteenth National Independence Day Act. The holiday is to be observed every June 19 to commemorate the end of slavery in America.

The bill was unanimously approved by the Senate.

“Great nations don’t ignore their most painful moments,” said Biden in his remarks regarding the policy. “They embrace them.”

Following its official installment as the twelfth federal holiday, some activists warned that Juneteenth would become a political tool.

“Juneteenth is another opportunity for businesses to sell to Black folks and wrap it up,” Earl Fowlkes, the president of the Center of Black Equity, told Business Insider.

“Few Americans outside Black communities knew much about Juneteenth, the June 19 holiday that commemorates the end of slavery in the US, before last year,” the outlet reported in 2021. 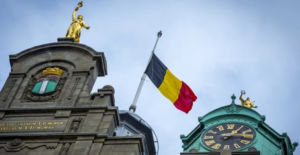