The academy has also instructed cadets not to use gendered terms

Cadets at the United State Air Force Academy have been told to apply to a fellowship program provided they are not “cisgender” men.

In an email promoting the aerospace fellowship, the USAFA noted it was open to “undergraduate women and gender minorities” but not to men whose gender identity corresponds with their sexual identity.

The Brooke Owens Fellowship offers 40 students at any undergraduate institution who are pursuing a second Associate’s or Bachelor’s degree. The organization notes specifically that, in addition to private and public universities, applicants can be enrolled in community and junior Colleges; Historically Black Colleges and Universities; Women’s Colleges; Tribal Colleges; Technical Institutes and Professional Schools.

The fellows are granted paid summer internships at “leading aerospace companies and organizations with senior and executive level mentors” with the aim of serving as “both as an inspiration and as a career boost to capable young women and other gender minorities.”

The program was founded in 2017 and managed by a not-for-profit, 501(c)(3) organization. The fellowship was granted the Patti Grace Smith Award from the American Astronautical Society and the Stakeholder Expansion Award from the Space Frontier Foundation.

The Brooke Ownes Fellowship directs men who are considered ineligible to apply for its “sister programs” – the Patti Grace Smith Fellowship, the Matthew Isakowitz Fellowship Program, and the Zed Factor Fellowship.

The Matthew Isakowitz Fellowship Program is open to college juniors and seniors as well as graduate students who want to work in the commercial spaceflight industry.

The Zed Factor Fellowship Program is open to undergraduate students who “identify as a member of an underrepresented community and have a desire to give back to that community” interested in a career in the aerospace industry.

An anonymous cadet sent the USAFA email promoting the fellowship program to Fox News. The cadet expressed concern about retaliatory measures and professional repercussions if he or she was identified.

“It’s a little worrying that we have more briefs about [diversity and inclusion] than briefs about foreign adversaries, emerging technologies or current events across the world,” the cadet told the outlet.

Other D&I initiatives at the USAFA have made national headlines in the last year.

Earlier this week, Fox News Digital reported that cadets were being instructed to avoid gender-specific language – including the terms “mom,” “dad,” “girlfriend,” “boyfriend,” and “you guys.” Training materials published by the outlet told cadets to ask what people “call themselves” and to “recognize diverse family formations.”

“Our leaders have deemed D&I a warfighting imperative,” reads one of the USAFA slides.

A USAFA spokesman confirmed the authenticity of the material.

“It is the diversity of Airmen and Guardians coming from all corners of our nation who perform the Department of the Air Force’s hundreds of critical mission sets that make us the best, most innovative Air and Space Forces the world has ever known,” the spokesman said in a statement, per The New York Post.

In July of 2021, an Air Force Academy professor published an op-ed in the Washington Post saying the inclusion of Critical Race Theory in the school’s curriculum shows cadets that “racism…has shaped both foreign and domestic policy.” 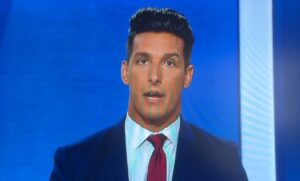