A woman on a U.S.evacuation flight from Afghanistan went into labor on Saturday.

She began to experience complications when the plane reached its altitude.

“The aircraft commander decided to descend in altitude to increase air pressure in the aircraft, which helped stabilize and save the mother’s life,” tweeted the US Air Mobility Command.

The C-17 transport aircraft landed at the Ramstein Air Base in Germany where she gave birth.

Personnel from 86th Medical Group then boarded the plane to help deliver the baby, The New York Post reports.

The mother and her new daughter were transported to a local hospital and reportedly in good condition. The baby’s nationality is not immediately clear.

“Campaigners have for years pushed for women to be named on official documents including children’s birth certificates, which like Afghan identity documents carry only the name of a person’s father, under the hashtag #Whereismyname” per Reuters. “But they have faced opposition in the conservative and patriarchal Muslim country, where some see even using a woman’s name as offensive.”

On Saturday, the White House said 17,000 people have so far been airlifted from Kabul’s airport, which is currently being held by U.S. military forces.

“Thousands of Afghans are attempting to board evacuation flights as they flee the Taliban,” notes Newsweek. “There have been dramatic scenes of people handing babies over razor wire to U.S. soldiers at the airport, and people falling from airplanes as they attempted to cling to the landing gear during takeoff.”

Afghans evacuated from their country, which fell to Taliban rule last week, will be housed in military bases across the United States. This includes Fort Bliss in Texas and Fort McCoy in Wisconsin.

Ramstein Air Base is now a key transit point for evacuees from Afghanistan. The base has a capacity for 5,000 people, but extra facilities under construction should accommodate 7,500 by Sunday evening, Brig. Gen. Josh Olson told CNN.

Under an agreement with Germany, refugees are expected to stay at the base for up to 72 hours but could be there for as many as 10 days. 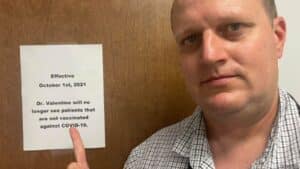