Adidas Will Sell Off Reebok

In a new deal, Authentic Brands Group (ABG) purchased the struggling label for $2.5 billion from Adidas.

With the sale, Reebok will become part of a retail conglomerate that has snapped up many bankrupt brands such as Brooks Brothers, Aeropostale, and Forever 21. Authentic Brands is preparing for an initial public offering that could come as soon as this summer, says CNBC.

Adidas bought Boston-based Reebok in 2006 for $3.8 billion. But the business was unable to keep up with Adidas’s own growth, prompting investors to call for its sale.

In addition to its slow growth, Reebok’s six-year partnership with the UFC came to an end in March.

“The collaboration with Reebok began in 2014 when the UFC signed a six-year deal with the sporting goods giant worth $70 million. Under the Promotional Guidelines Compliance set down in 2015, Reebok paid out a total of $39,346,500 to the fighters over the last six years,” per Sportskeeda.

The brand will stay on as the official footwear for the rest of the year.

In a press release, Adidas CEO Kasper Rorsted said, “Reebok has been a valued part of Adidas, and we are grateful for the contributions the brand and the team behind it have made to our company. With this change in ownership, we believe the Reebok brand will be well-positioned for long-term success.”

The company notes: “the sale of Reebok has no impact on Adidas’ financial outlook for the current year or the company’s 2025 financial ambition that was announced as part of its Own the Game strategy in March of 2021.”

Jamie Salter, CEO of ABG, said in a statement, “It’s an honor to be entrusted with carrying Reebok’s legacy forward. This is an important milestone for ABG, and we are committed to preserving Reebok’s integrity, innovation, and values — including its presence in bricks and mortar.”

“We look forward to working closely with the Reebok team to build on the brand’s success,” he said.

According to The New York Post, “over 11 years, ABG has amassed more than 30 labels sold in some 6,000 stores.” This includes apparel chains as well as Sports Illustrated magazine.

In addition to maintaining its operations in North and Latin America, Asia-Pacific, Europe, and Russia, Reebok will keep its headquarters in Boston. 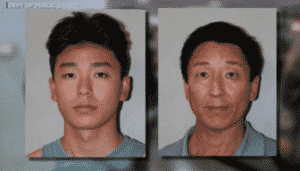