Two visitors to Hawaii were arrested on Sunday for falsifying vaccination cards.

Governor David Ige made the announcement on Twitter, saying the Attorney General’s office made the arrest after receiving a tip from a local community member.

Two visitors from the mainland were arrested Sunday at Honolulu's airport for violating an Emergency Proclamation by falsifying vaccination cards to travel to Hawaiʻi. Investigators from the AG's office made the arrests after following up on a tip from a community member.

The visitors are from the United States mainland and were arrested at the airport in Honolulu. They allegedly violated the Safe Travels program.

“Falsifying a vaccination card carries a fine of up to $5,000 and/or imprisonment of up to one year. The subjects were arraigned this morning and are presumed innocent unless and until proven guilty,” said Ige.

According to CNN, “Hawaii has had very strict requirements for entry during the pandemic. Until recently, every visitor was required to present a negative Covid-19 test or undergo a mandatory 10-day quarantine. Domestic travelers who have been fully vaccinated in the US can now bypass pre-travel testing and quarantine with official proof of vaccination. Other travelers from the US and a handful of other countries are able to bypass quarantine through strict pre-travel testing. Travelers from all other countries allowed into the US must undergo a 10-day quarantine.”

This is not the first time travelers using false vaccine documents have been caught.

“The passengers also failed to stay at government-authorized accommodations, as is also required by the country’s government,” says NBC News.

In July, the U.S. Justice Department announced a California-licensed naturopathic doctor had been arrested for allegedly selling “homeoprophylaxis immunization pellets” and falsifying “COVID-19 vaccination cards by making it appear that customers had received the U.S. Food and Drug Administration (FDA) authorized Moderna vaccine.”

Information on how the fake vaccination cards were identified was not released. 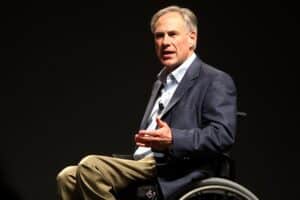