Newly released audio reveals that House Minority Leader Kevin McCarthy wanted several of his fellow House Republicans to be banned on social media so that they would stop talking about their beliefs that the 2020 election was stolen.

The new audio comes less than a week after MSNBC host Rachel Maddow aired a recording of McCarthy telling Rep. Liz Cheney that he would urge former President Donald Trump to resign over the January 6 protest at the Capitol.

In a call with Rep. Steve Scalise from January 10, obtained and reported on by The New York Times on Tuesday, McCarthy expressed concern about the rhetoric from his fellow lawmakers — specifically Alabama Rep. Mo Brooks and Florida Rep. Matt Gaetz.

“So I’m calling Gaetz,” McCarthy says. “I’m explaining to him, I don’t know what I’m going to say, but I’m gonna have some other people call him too. But the nature of what – if I’m getting a briefing, I’m going get another tomorrow – this is serious sh-t, to cut this out.”

McCarthy claimed that Gaetz could potentially be “putting people in danger.”

“And he doesn’t need to be doing this. We saw what people would do in the Capitol, you know, and these people came prepared with rope, with everything else,” McCarthy said.

“This is serious stuff. It has to stop,” Scalise said. “It’s potentially illegal what he’s doing.”

“These members calling out other members, that stuff’s got to stop,” McCarthy continued. “The tension is too high. The country is too crazy. I do not want to look back and think we caused something. … I don’t want to play politics with any of that.”

At one point in the audio, McCarthy is read a now-deleted tweet by Alabama Rep. Barry Moore.

“All right, so he deleted the personal Twitter account, but Jamie Dupree with the Atlanta Journal got screen shots. He said about 22 hours ago, ‘Wow, we have more arrests for stealing a podium on Jan. 6 then we do for stealing an election on Nov. 3, Atlanta, Philadelphia, and Detroit, would be places I recommend you start. There is video evidence of these crimes as well, #ElectionIntegrityMatters,'” someone on the call tells McCarthy. It is unclear who was speaking at this point.

“Moore also made this tweet on the Saturday night, as the U.S. Capitol police officer who shot and killed a woman, as she tried to get into the lobby, so he tweeted at Marjorie Greene…, ‘I understand it was a a black police officer that shot the white female veteran, you know that doesn’t fit the narrative,'” they continued.

“This is what we have to confront with this,” the person says.

Gaetz responded to the remarks made by McCarthy and Scalise in a statement posted to Twitter, which said “Rep. McCarthy and Rep. Scalise held views about President Trump and me that they shared on sniveling calls with Liz Cheney, not us. This is the behavior of weak men, not leaders.”

“While I was protecting President Trump from impeachment, they were protecting Liz Cheney from criticism,” Gaetz continued. “You just have to listen to their own words as they disparage Trump and the Republicans in Congress who fight for him.”

In the conversation that leaked last week, Cheney asked McCarthy if there was a possibility of Trump resigning, or if he believed that could be a possibility.

NEWS: ⁦@maddow⁩ has audio of Kevin McCarthy saying privately after Jan. 6 that he expects impeachment to pass and was considering asking Donald Trump to resign.

“Is there any chance? Are you hearing that he might resign? Is there any reason to think that might happen?” Cheney asked.

“My gut tells me no,” McCarthy replied. “I’m seriously thinking of having that conversation with him tonight…Um, from what I know of him, I mean you guys all know him too, do you think he’d ever back away? But what I think I’m going to do, is I’m going to call him.”

McCarthy said that he did believe that an impeachment would pass.

“What he did is unacceptable. Nobody can defend that and nobody should defend it,” McCarthy said. “I think this will pass, and it would be my recommendation you should resign.”

While I was rallying in Wyoming against Liz Cheney…

While Liz Cheney was secretly recording Kevin McCarthy for the New York Times. @GOPLeader – you should have trusted my instincts, not your own. pic.twitter.com/teTxIvUAUt

Rep. Cheney’s office has denied that she was behind the leaked audio. 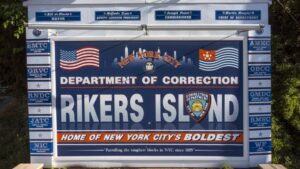