A former employee of Stanford University and her brother have been sentenced to federal prison for stealing millions of dollars in laptops.

Patricia Castaneda worked for the university’s School of Humanities and Sciences and was tasked with ordering laptops for the staff and faculty.

Between 2009 and 2010, Castaneda began stealing MacBooks she purchased on behalf of the university and sold them for personal gain.

She initially sold the laptops with someone she found on Craigslist before working with her brother, Eric Castaneda, who would give them to an associate to be resold and shipped out of state.

Investigators found that, in total, Patricia Castaneda stole more than $4 million in laptops from the school. An estimated $2.3 million of this came from 800 laptops Eric Casteneda sold to his associate, Philip James.

On April 18, the U.S. Attorney’s Office for the Eastern District of California announced the pair had been sentenced for their involvement in the scheme.

“This case was a product of an investigation by the IRS-Criminal Investigation and the Federal Bureau of Investigation. Assistant U.S. Attorney Matthew Thuesen prosecuted the case,” the Department of Justice noted.

Patricia Castaneda was sentenced to 33 months in prison and ordered to pay $4,077,832 in restitution.

Eric Castaneda was sentenced to 18 months in prison and ordered to pay $2,283,155 in restitution.

James pled guilty in a separate case stemming from his involvement in the scheme. He is charged with stealing nearly 1,000 laptops from Castaneda and two other people, one of whom acquired laptops through his job at “an electric vehicle and clean energy company based in Palo Alto” while the other took laptops from “Graduate School of Education at a public university in Berkeley.”

As part of his plea deal, James has agreed to pay about $2.7 million in restitution to the business and universities involved.

The case comes almost a month after Jamie Petrone, a former administrator at Yale University, pled guilty to stealing over $40 million dollars by ordering tablets with university funding and reselling them.

Petrone used the money to buy herself luxury cars and several homes. She voluntarily submitted to an interview with the FBI in 2021 and ultimately pled guilty to the theft. 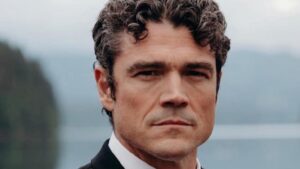