President Joe Biden will be temporarily transferring power to Vice President Kamala Harris on Friday before going under anesthesia for a colonoscopy.

“As was the case when President George W. Bush had the same procedure in 2002 and 2007, and following the process set out in the Constitution, President Biden will transfer power to the Vice President for the brief period of time when he is under anesthesia,” Psaki said. “The Vice President will work from her office in the West Wing during this time.”

The results of Biden’s physical, which is taking place one day before his 79th birthday, will be released later in the day.

Acting President Harris will continue to work from her office in the West Wing.

Harris will be just the third person to serve as acting president in history — and the first woman to do so.

Previously, former Vice President Dick Cheney served as acting president in 2002 and 2007 — each time for about two hours.

The first time an acting president was used was in 1985 as Ronald Reagan underwent surgery and H.W. Bush assumed the role.

Prior to surgery, Reagan sent letters to the speaker of the House and the Senate president saying that he “will be briefly and temporarily incapable of discharging the Constitutional powers and duties of the office of the president of the United States,” and so “Vice President George Bush shall discharge those powers and duties in my stead commencing with the administration of anesthesia to me in this instance.”

Former first lady chief of staff Stephanie Grisham claimed in her book that former President Donald Trump declined anesthesia when he got a colonoscopy during his time in the White House because he did not want to transfer power to then-Vice President Mike Pence. 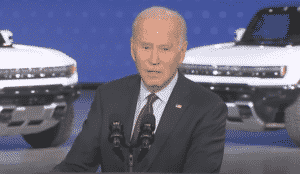