A Third Witness Tells How Epstein and Maxwell Abused Her

A victim in the Ghislane Maxwell trial, testifying under the name Carolyn, said she was only 14 years old when she began to go to Jeffrey Epstein’s Palm Beach home in Florida.

The victim says she visited two or three times per week in the early 2000s.

During one specific visit, Carolyn was setting up a massage room for Epstein when his longtime companion Ghislaine Maxwell came into the room. The victim testified that Maxwell touched her breasts, hips and buttocks, while commenting she “had a great body for Epstein and his friends.”

Approximately $300 in cash was left for her on the bathroom sink after each visit, said Carolyn.

“Something sexual happened every single time,” she testified.

Carolyn, currently in her 30s, shared details of her teenage experiences with Epstein on Tuesday in Ghislaine Maxwell’s federal trial on charges including sex trafficking of minors. Carolyn sobbed on the stand when prosecutor Maurene Comey asked if she was trying to profit from her testimony in the trial.

“No, money will not ever fix what that woman has done to me,” the victim said as she sobbed. “Because what she did was wrong and she takes vulnerable young girls and traffics them and I’m so petrified that my daughters are going to be trafficked.”

Carolyn is the third woman to testify in the trial that she was sexually abused by Epstein with Maxwell’s direct involvement. 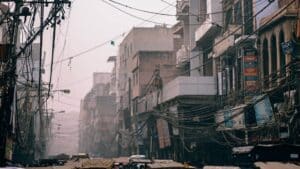 Boy Arrested in India for Beheading Sister with Mother's Assistance