A Second Major Company Will Shut Down its Student-Loan Services

A nonprofit student loan company that holds 1.3 million borrower accounts will not renew its federal contract.

News broke on Tuesday that Granite State Management and Resources informed the Department of Education of its decision. It is the second company to announce it will not renew a federal student loan contract in December of this year.

“GSM&R is one of the nine companies that service federal student loans,” according to Bankrate. “As a student loan servicer, it receives payments, suggests different repayment plans, and manages other administrative tasks.”

The department is set to end the pause on student loan payments in October after several delays.  The Pennsylvania Higher Education Assistance Agency announced two weeks ago that it too would not renew its federal contract to service student loans. Between these two organizations, roughly 10 million borrowers will now need to switch servicers.

Richard Cordray, the department’s Federal Student Aid Chief Operating Officer, said “FSA and Granite State will work together to ensure that student loan borrowers will transition smoothly to a different loan servicer,” according to a statement acquired by Business Insider.

“Such servicing transfers by Department of Education contractors have historically been chaotic, with widespread problems including lost records and missed payments,” Forbes reports. “Complicating matters further is that the servicing transfers would have to occur in the midst of the expiration of the current moratorium on federal student loan payments.”

The Biden administration has been urged by some to extend the student loan payment moratorium into 2022. This includes Senator Elizabeth Warren, who told the Department of Education that restarting student loan payments could have disastrous effects if borrowers were not properly prepared.

After PHEAA made its announcement, Senator Elizabeth Warren released a statement saying “Millions of loan borrowers can breathe a sigh of relief today knowing that their loans will no longer be managed by PHEAA, an organization that has robbed untold numbers of public servants of debt relief and was recently caught lying to Congress about its atrocious record of fines and penalties.”

Student loan payments have been paused for 16 months because of the financial uncertainty caused by the economic crisis caused by COVID-19 lockdowns. The Federal Reserve Bank of New York reported that collectively American students owe nearly $1.6 trillion in student loan debt. 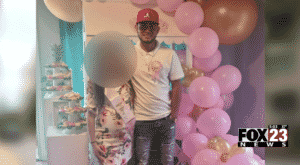