The 24-year-old man was arrested after arriving at a Tulsa hospital with the minor.

A 24-year-old man in Oklahoma has been arrested for raping a 12-year-old girl, according to the Tulsa Police.

On July 14, Juan Miranda-Jara and the child arrived at Hillcrest Hospital. The girl was in labor.

Fox News reports “Doctors called police, telling them they had a rape victim and Miranda-Jara was arrested. Miranda-Jara had reportedly told officers he was the father of the child and appeared not to understand what all the fuss was about.”

“They walked in just like any other couple would excited to deliver their newborn child,” Tulsa Police Officer Danny Bean told FOX23.

Miranda-Jara said he and the minor had been in a relationship since last year.

Information about the girl’s parents is unknown. Investigators are perturbed that the pregnancy went full-term without anyone reporting it to the police.

The baby was born healthy with no complications. Oklahoma DHS will determine what will happen to the minor and her child.

FOX23 received photos from a viewer showing that Miranda-Jara, who goes by Juan Miranda online, posted that he and the minor were in a relationship. There are photos of them together at a baby shower.

Miranda-Jara was charged with first-degree rape on a minor and a $50,000 bond was set. He will appear in court on August 26. Additional charges could be added depending on the results of the investigation. Online court records do not list an attorney for Miranda-Jara. His birthplace is also not listed.

Investigators believe it will take weeks to get more information regarding the circumstances of this case. Authorities have ruled out incest.

The age of consent in Oklahoma is 16. The girl involved is said to be in the fifth grade. 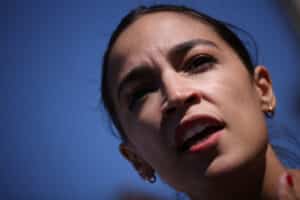