Ricci Tres, 29, took first place and the $500 prize in the women’s division with Shiloh Catori, 13, coming in second.

Four of the top six finalists were 16-years-old and younger. 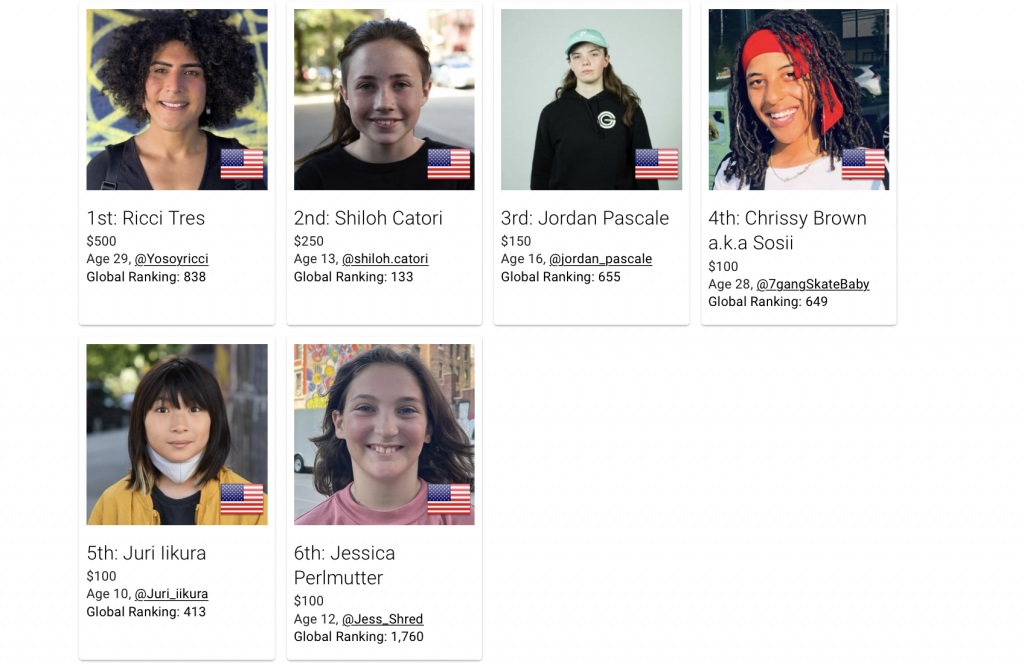 According to a report from feminist website Reduxx, “in 2021, Tres became the first trans-identified male to attempt to quality for Olympic Women’s skateboarding, submitting a virtual run for the USA National Skateboarding Championships. Tres was unable to meet the short deadline to submit a hormone levels test, but was later told his testosterone was ‘much higher’ than the required levels to compete in the female category.”

The report says that Tres is “comfortable” with where they are hormonally and is not rushing to lower testosterone levels.

Female skateboarder Taylor Silverman, who has been outspoken about the trouble young women are having competing against biological men, was one of the first to point out what happened.

In May, Silverman posted on Instagram about how she has been in three different contests where she had to compete against biological men — two of which she placed second in.

Silverman went on to say that she “deserved to place first, be acknowledged for my win, and get paid.” 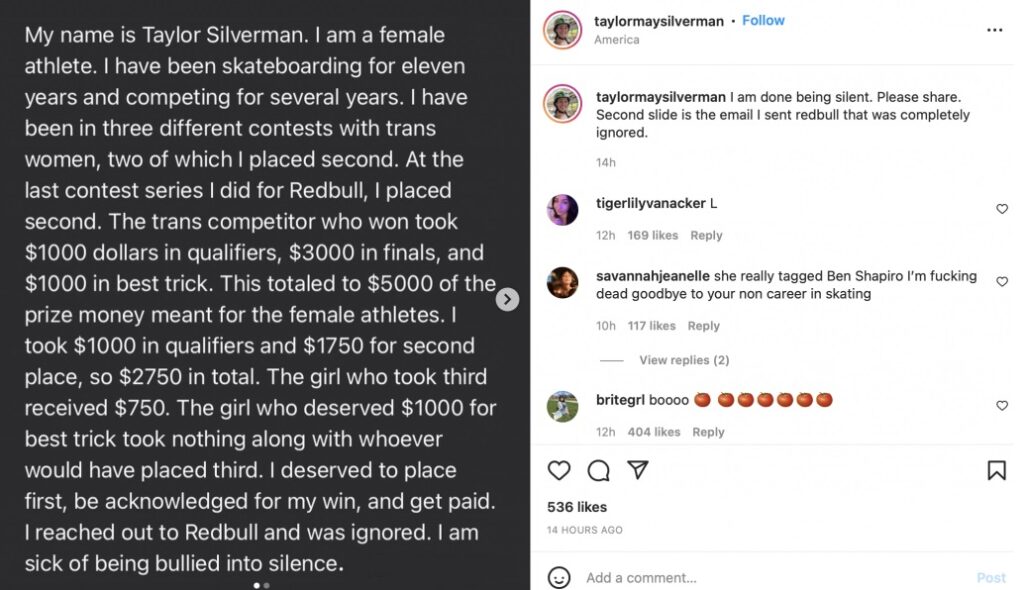 Silverman said she reached out to Red Bull and was ignored.

“I am sick of being bullied into silence,” Silverman added.

That plus the Q angle differences

So it’s unfair to female athletes

Your semantics are not relevant

Tim Pool, the owner of this website and avid skateboarder, offered to give Silverman the total earnings she had lost. She recently accepted an offer to work with Timcast.com on culture and skateboarding projects. 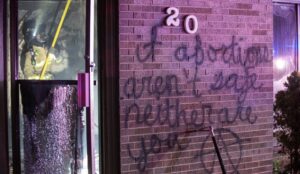