Despite Gov. Kathy Hochul’s call for binding arbitration, her request that the state Department of Health enforce nurse staffing requirements, and negotiations continuing into the night of Jan. 8, no agreements were reached.

Workers will be picketing at Montefiore and Mount Sinai Hospitals from 7 am to 7 pm. A statement from the state nurse’s association urges people who are sick to still go to the hospital, and assures individuals seeking medical care that going into the hospital is not crossing the picket line.

“Since [New York City] nurses started negotiating our contracts four months ago, we have said our number one issue is the crisis of chronic understaffing that harms patient care,” New York State Nurses Association President Nancy Hagans told reporters two days before the strike began. “Safe staffing is about having enough nurses to deliver safe, quality care to every patient. It is the issue that our employers have ignored, made excuses about, and fought against us on.”

According to a statement from the New York State Senate, a contributing factor to the uptick in the state’s healthcare staffing shortages was the vaccine mandate placed on healthcare workers in September 2021.

“There is no denying that the vaccination mandate is putting added stress on our healthcare system,” said New York State Senator Peter Oberacker. “I have consistently called for vaccine availability, particularly in the underserved rural areas I represent. However, leaving our healthcare heroes with no testing option or other means of remaining on the frontlines helps no one.”

At the start of New York’s vaccine mandate, Newsweek reported that roughly 70,000 hospital workers (16 percent) were unvaccinated, with nearly 25 percent of employees at multiple New York City hospitals refusing to take the shot.

“Chronic understaffing harms patient care. It was true when we passed the safe staffing law and it’s true now, one year after the law went into effect,” state Assemblymember Karvey Epstein said in the nurse’s association press release. “We must strengthen staff staffing and protect patients in jeopardy. Hospitals are forcing nurses onto the picket line when they would rather be at their patients’ bedside.”

On the first day of the strike, CNN reported that hundreds of workers and supporters picketed in front of Mount Sinai, filling two city blocks. One nurse, who has been at Montefiore for 15 years, says staffers in her department are forced to work with no breaks or time for meals.

“We’re burned out. We’re exhausted the next day,” she told CNN.

She also said the ratio has gone from one nurse for every four patients to one for every six. 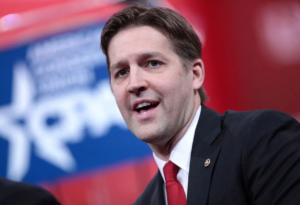