Senator John Cornyn and 29 other Republicans including ranking member Mitch McConnell sent a letter to Attorney General Merrick Garland requesting that the prosecutor handling the Hunter Biden case be granted the authority of a special counsel.

“Under Department of Justice regulations and federal law, you have the power to provide special counsel authorities and protections to U.S. Attorney Weiss,” Cornyn wrote, referring to the investigation into the president’s son that David C. Weiss is conducting at the United States Attorney’s Office for the District of Delaware.

There is reason to believe that Hunter Biden has been engaged in criminal acts, according to the letter which does not purport to know the scope of Weiss’ investigation:

Evidence seems to be mounting that Hunter Biden committed numerous federal crimes, including, but not limited to, tax fraud, money laundering, and foreign-lobbying violations. Indeed, Senators Grassley and Johnson have conducted an investigation for several years that has resulted in the public disclosure of facts that support those criminal concerns, including the disclosure of financial records showing the Biden family’s close financial connections to the communist Chinese government and questionable foreign nationals. It is clear that Hunter Biden thrived off of a “pay to play” culture of access to his father, then Vice President Joe Eiden in exchange for financial compensation.

Given that the investigation involves the President’s son, we believe it is important to provide U.S. Attorney Weiss with special counsel authorities and protections to allow him to investigate an appropriate scope of potentially criminal conduct, avoid the appearance of impropriety, and provide additional assurances to the American people that the Hunter Biden investigation is free from political influence.

Given the politicization of the DOJ under your watch and the importance of avoiding any appearance of impropriety, the undersigned request that you provide. U.S. Attorney Weiss the full protections and authorities of a special counsel. This is one important action that you can take that will go a long way in restoring faith in our governmental institutions.

The letter proceeded to list decisions made by Garland’s Justice Department that the Republican senators believed to be politically motivated. These unreserved condemnations went so far as to characterize both the Federal Bureau of Investigation and the Department of Justice’s National Security Division as “criminal components” that were “unleashed” on American parents who shared concerns about mask mandates and critical race theory.

“We have received hundreds of pieces of correspondence detailing how your memorandum chilled constitutionally protected speech,” Cornyn wrote. The senator was referring to a memorandum published by Garland’s office in October 2021 which discussed mobilizing the FBI to coordinate with local officials on how to deal with enraged parents at school board meetings. Cornyn then turns to Garland’s slow response to the threats made against conservative supreme court justices, calling the attorney general’s comments at the time “unhinged.”

Cornyn does not address Hunter Biden, the actual subject of his letter, until the end of the second page, instead opting to relay his criticism of Garland at length. 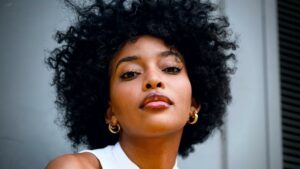 Rasmussen: GOP May Win 22% of Black Voters in Midterms