Rasmussen: GOP May Win 22% of Black Voters in Midterms

New polling bodes well for Republicans if the numbers translate into turnout and ballots cast in the 2022 midterm elections.

Fresh data from Rasmussen Reports shows that if the election were held today, the GOP would win 22 percent of black American voters.

“I’m excited about the latest numbers and the black men that are moving the needle,” Blaze TV contributor Shemeka Michelle told Timcast News.

Black voters overwhelmingly supported Obama in 2012, with the president receiving 93 percent of the vote. In the 2014 midterms, 90 percent of black Americans voted Democrat, while only 9 percent voted Republican.

And 90 percent of black voters voted for Democrats in the 2018 midterms.

Republicans picking up an additional 12 percent of black voters in the 2022 midterms elections would be a seismic, historically significant shift, given that mathematically, Democrats cannot win elections without support from the black community.

“The African American community can shift an entire election. So goes Mecklenburg County, so goes the state,” Khalif Rhodes, lawyer and chairman of Charlotte Mecklenburg’s Black Political Caucus, said prior to the 2020 election.

“The path to the nomination runs through the African American community,” CNN contributor and Democratic consultant Paul Begala said in the run up to the 2020 election. “That’s how Clinton won, that’s how Barack beat Hillary, that’s how Hillary beat Bernie.”

In 2020, Trump launched one of the most aggressive plans aimed directly at the black community, offering a policy platform worth nearly $500 billion. It was an anomaly for a Republican candidate, who largely steer clear of direct policy proposals to black Americans.

Though Rasmussen polling overestimated his support at 48 percent ahead of the election that year, Trump still secured 18 percent of the black vote — the highest number any Republican in history has ever received.

It is unclear whether that support was limited to his candidacy or if those numbers will translate into historic wins party-wide for non-presidential candidates in 2022.

However, the bright spot for Republicans is that only 59 percent of black voters are planning to vote for a Democrat in the midterms, meaning there are still millions of undecided voters who could swing to the right by Election Day.

Rasmussen’s survey of 2,500 likely U.S. voters was conducted September 18-22. The margin of sampling error is +/-2 percentage points with a 95% level of confidence. 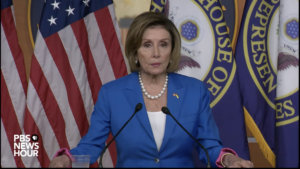