The Department of Education announced that $3.9 billion in federal student loans that were granted to former students of the now-defunct ITT Technical Institute will be discharged and forgiven due to the college defrauding students with false promises of employment opportunities and transferable credits.

This new round of loan forgiveness will relieve 208,000 borrowers who Secretary of Education Miguel Cardona says were victimized by the “years of lies and false promises.” Borrowers who have previously applied and been denied or have not applied will be included in this loan discharge and no further action must be taken on their part.

The action, which is not the first relief provided to former students of ITT Tech, adds to previous loan discharges that 130,000 received. At the time, however, the Department of Education was only able to provide relief to students who participated in specific programs at the school.

“It is time for student borrowers to stop shouldering the burden from ITT’s years of lies and false promises,” said U.S. Secretary of Education Miguel Cardona in a statement. “The evidence shows that for years, ITT’s leaders intentionally misled students about the quality of their programs in order to profit off federal student loan programs, with no regard for the hardship this would cause. The Biden-Harris Administration will continue to stand up for borrowers who’ve been cheated by their colleges, while working to strengthen oversight and enforcement to protect today’s students from similar deception and abuse.”

“ITT defrauded hundreds of thousands of students,” said Federal Student Aid Chief Richard Cordray who investigated the for-profit institution when he served as the director of the Consumer Financial Protection Bureau. “By delivering the loan relief students deserve, we are giving them the opportunity to resume their educational journey without the unfair burden of student debt they are carrying from a dishonest institution.”

Rohit Chopra, the current director of the Consumer Financial Protection Bureau, says that they will continue to pursue colleges that have taken advantage of students.

“Far too many Americans are still on the hook for loans they acquired at colleges that profited from deceiving students, and the CFPB will continue to work with the Department of Education to address predatory student loan debt, to protect students, and to hold wrongdoers accountable,” he said. 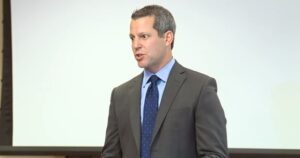