There are now 19 Democrats planning on abandoning their seats in the House of Representatives for the 2022 election – nearly four times the 5 seats Republicans would need to win back the majority.

Democrat Rep. Tom Suozzi (NY) became the 18th Democrat to leave his seat behind on Monday when he announced he would be instead running for governor in 2022. According to CNN, when Suozzi was asked if Democrat control of the House mattered in his decision, he answered that it “wasn’t a big factor.”

On Wednesday, Democrat Rep. Peter DeFazio (OR) announced his retirement from Congress and became the 19th Democrat to abandon his seat.

The growing list of Democrats leaving office is expected to push more Democrats to do the same as they are less incentivized to face the tough re-election battles in districts which likely have different boundaries after redistricting.

According to the Atlantic, even Democrat House Speaker Nancy Pelosi is expected to announce her retirement. 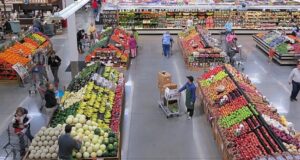