More than a dozen Big Apple businesses have been fined by the De Blasio administration for defying New York City’s COVID vaccine mandate since the rules were implemented in September.

Fourteen out of about 27,000 inspected companies were hit with a $1,000 penalty for failing to adequately inspect their customers’ vaccine passports.

“We are trying not to get people sick around here,” a city spokesman said.

“The enforcement stats come as a new website touted a list of 61 businesses it promises ‘will not enforce vaccination mandates,’ an effort the city slammed as dangerous,” reports Fox News.

“For those who are unvaccinated or don’t have identification, the businesses on that website are the only places they can go out to eat with their family,” said the site’s creator.

“Is it dangerous for these businesses to be up there?” he asked. “Yes, it is. And we all understand that reality. We are basically handling over a list saying, these are the businesses in New York City that are not compliant.”

A representative for the mayor’s office released the following statement:

“It’s odd and disappointing that some people are crowd-sourcing ways to make New York City less safe from COVID-19. The vast majority of businesses have made a smooth transition to the Key to NYC, and we’ll continue taking action against those who haven’t. Thanks for the tip.” 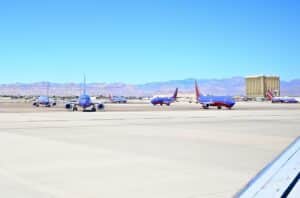