[youtube-feed-single]Trump Calls On Supporters For “Wild” Protest Of Electoral Count In DC, Democrats Fear War Is Coming. The joint session of congress will be the final move in the electoral process and the last chance to make a constitutional challenge to the vote count.

Democrats are worried that without trump right wing groups will go nuts and rampage like Antifa, but that clearly makes no sense.

Trump supporters and right wing groups are much better organized and more hierarchical.

But its not just the right and conservatives ready for action. Antifa and the far left is furious over a pathetic stimulus bill and are already calling for a general strike, which is meaningless when people are already out of work nationwide. 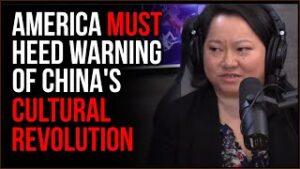 America Could Be Facing A Chinese Communist Style CULTURE REVOLUTION, We MUST Learn From History