As Democrats came into power they quickly moved to go after the previous administration in unprecedented ways, notably having feds target not just a lawyer but the lawyer of the former president Donald Trump. Merrick garland green lit the operation.

Republicans and Conservatives view this as retaliation and retribution from a Trump deranged political class while the left sees this as justice finally being served.

The case is the reignition of Ukrainegate, Burisma, and the Hunter Biden scandal

Become A Member And Protect Our Work at http://www.timcast.com 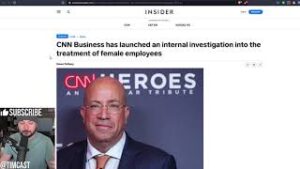 CNN is Being Eaten Alive By Woke Mob As Leftist Push BACKFIRES, Get Woke Go BROKE