[youtube-feed-single]Woke Leftist Race Hoax Exposed, College Falls Into Critical Race Theory CHAOS Over False Allegations. At Smith College a woman complained that an encounter with police was racial discrimination but an investigation later revealed it was just not true.

The woman was in an unauthorized area of the school and was politely asked by an officer what was going on. The officer apologized and that seemed to be it.

Now one staff member has raised nearly $240,000 after complaining of a hostile work environment.

The issue of antiracism and critical race theory seem to be escalating once again.

Become A Member And Protect Our Work at https://timcast.com 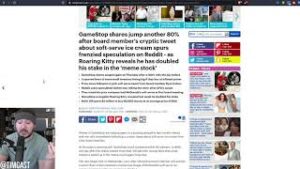 Gamestop Stock Erupts AGAIN, People Get Rich Off 170$ High, Meanwhile The Economy Is BURNING DOWN