Ukrainian President Volodymyr Zelensky says that he will not sit down for ceasefire negotiations until Russia stops bombing.

The two nations held a five-hour first round of peace negotiations earlier this week but did not progress towards de-escalation.

The second round of discussion is scheduled to take place on Wednesday.

“It’s necessary to at least stop bombing people, just stop the bombing and then sit down at the negotiating table,” Zelensky said in an interview with Reuters.

Reuters reported, “Just as he was speaking, news emerged that a Russian missile had struck a TV tower near a Holocaust memorial site in the Ukrainian capital, killing at least five people. Earlier on Tuesday, missiles struck the heart of the eastern city of Kharkiv.”

Zelensky spoke to the media inside a “heavily guarded government compound.”

During the interview, Zelensky again pleaded for NATO nations to impose a “no-fly” zone over Ukraine,

“This is not about dragging NATO countries into war,” Zelensky said of his request. “The truth is everyone has long since been dragged into war and definitely not by Ukraine, but by Russia — a large-scale war is going on.”

A no-fly zone would be enforced by shooting down Russian aircraft, an act of war.

“What that would require is implementation by the U.S. military. It would essentially mean the U.S. military would be shooting down planes, Russian planes. That is definitely escalatory. That would potentially put us in a place in a military conflict with Russia,” Psaki said. “That is not something the president wants to do.”

“He is not sending U.S. Forces — men and women who fight for our military — into Ukraine to fight a war with Russia,” she added. “We are not going to have a military war with Russia with U.S. Troops, and he thinks it’s vitally important, and first and foremost important, to be direct with the public about that.”

“We are not going to have a military war with Russia with U.S. troops,” White House Press Secretary Jen Psaki says. pic.twitter.com/7oZlvPGv7w

Likewise, NATO has said they also have no intention of moving into the conflict either on the ground or through imposing a “no-fly.”

“We have no intentions of moving into Ukraine neither on the ground or in the airspace,” NATO Secretary-General Jens Stoltenberg told MSNBC on Monday. “We have a responsibility to make sure that this doesn’t spiral out of control that escalates even further into concern for full-fledged war in Europe involving NATO allies.”

NATO nations have sent money and weapons and imposed sanctions on Russia.

Zelensky does not appear to believe that is enough, wanting security and defense promises from NATO.

“Our partners, if they are not ready to take Ukraine into NATO … because Russia does not want Ukraine to be in NATO, should work out common security guarantees for Ukraine,” Zelenskiy said during the interview. “This means that we have our territorial integrity, that our borders are protected, we have special relations with all our neighbors, we are completely safe, and the guarantors that give us security, they guarantee this legally.”

Ukraine’s efforts to join NATO were one of the main reasons that Russia has given for the invasion. 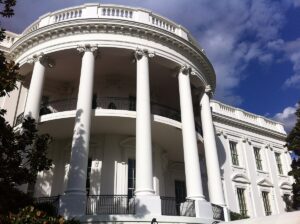 White House, Capitol Lift Mask Mandate Ahead of Biden’s State of the Union