As claims of military action along the border increase, the President of Ukraine called on the Russian leader to engage in a dialogue for peace

On Saturday, Ukrainian President Volodymyr Zelensky called for Russian President Vladimir Putin to meet him to seek a resolution to the crisis as violence in and around territory held by Russia-backed rebels spiked.

“I don’t know what the president of the Russian Federation wants, so I am proposing a meeting,” Zelensky said. His comments were made at the Munich Security Conference, where he met with Vice President Kamala Harris. Zelensky said Russia could choose the location for the dialogue between the two nations.

“Ukraine will continue to follow only the diplomatic path for the sake of a peaceful settlement,” he said.

Germany and Austria advised their citizens to exit Ukraine. German airline Lufthansa canceled all flights to Kyiv’s capital and Odessa, a Black Sea port that could be a pivotal target in an invasion.

This week, violence in eastern Ukraine has increased as the country and two regions held by the rebels accused each other of escalation.

On Saturday, Russia claimed at least two shells fired from a government-held portion of eastern Ukraine landed across the border. However, Ukrainian Foreign Minister Dmytro Kuleba refuted that assertion as “a fake statement.”

Intermittent violence has been common for quite some time along the areas separating Ukraine from the Russia-backed rebel territories. However, the recent rise in violence and artillery fire could set off a full-scale war.

For months, the United States and many European countries have alleged that Russia, which has moved about 150,000 troops near the Ukrainian border, is trying to create pretexts to invade Ukraine. 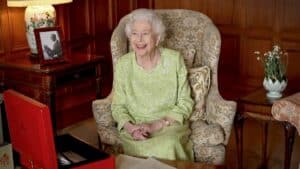