While none of his shows discussed Russia, he said, 'I suppose this was done in the name of censoring Russian propaganda'

Youtube has removed the entire archive of the weekly interview show “On Contact,” which American journalist Chris Hedges hosted, focusing on literature, current events, and culture.

For six years, Hedges hosted the Emmy-nominated show for RT America and RT International, the English-language news network funded by the Kremlin and based out of Moscow. Chris Hedges is a Pulitzer Prize-winning journalist, formerly a writer for the New York Times.

According to Hedges, YouTube took action against him because it considered his show a promoter of pro-Russian content since it was broadcast on RT.

On Monday, Chris Hedges published an article on scheerpost.com titled, “Hedges: On Being Disappeared.” In the article, he discussed how the entire archive of his show vanished from YouTube.

According to Hedges, YouTube blocked his program without inquiry or notice from website prior to the sudden disappearance from the platform.

He said, “I suppose this was done in the name of censoring Russian propaganda, although I have a hard time seeing how a detailed discussion of Ulysses or the biographies of Susan Sontag and J. Robert Oppenheimer had any connection in the eyes of the most obtuse censors in Silicon Valley with Vladimir Putin.”

“Not one show dealt with Russia, but YouTube still had my show blacklisted and removed,” he added.

He went on to decry the action taken by YouTube:

“What were my sins? I did not, like my former employer, The New York Times, sell you the lie of weapons of mass destruction in Iraq, peddle conspiracy theories about Donald Trump being a Russian asset, put out a 10-part podcast called the Caliphate that was a hoax, or tell you that the information on Hunter Biden’s laptop was ‘disinformation.’ I did not prophesize that Joe Biden was the next FDR or that Hillary Clinton was going to win the election.”

Hedges explained: “I was on RT because, as a vocal critic of US imperialism and militarism and, of the corporate control of the two ruling parties, and especially because I support the Boycott, Divestment and Sanctions movement against Israel, I was blacklisted.”

RT was removed from YouTube and American cable providers in early March as part of a response to the Russian invasion of Ukraine. In March, the news group’s license to broadcast in the United Kingdom was revoked.

The censorship of RT is just one of many attempts by Youtube to censor any and all content and information originating from Russian sources.

Youtube also blocked Indian news channel WION for one week after broadcasting a portion of a speech by Russian Foreign Minister Sergei Lavrov.

According to the statement issued by the WION network, YouTube blocked WION for publishing a speech made by Lavrov, prohibiting the outlet from uploading any new content on its channel.

In his article on Monday, Hedges warned deeply of the consequences of large-scale censorship. He quoted Hannah Arendt, a political philosopher, author, and professor at Yale University.

“The moment we no longer have a free press, anything can happen,” Hannah Arendt cautioned. “What makes it possible for a totalitarian or any other dictatorship to rule is that people are not informed; how can you have an opinion if you are not informed? If everybody always lies to you, the consequence is not that you believe the lies, but rather that nobody believes anything any longer.” 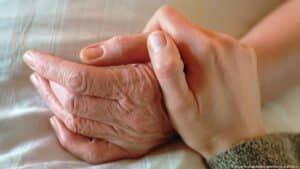