Media outlets Russia Today (RT) and Sputnik have had their social media access in the EU essentially shut down as major online platforms take aim at the Russian state-owned media companies.

YouTube, Facebook, Instagram, and TikTok have all formally announced they are restricting access and use by the state-owned media throughout Europe. The move is the most significant restriction ever imposed on RT and Sputnik by social media companies.

On Sunday, following Russia’s invasion of Ukraine Thursday, the European Union announced that it would ban Russian state media from its various countries.

“The state-owned Russia Today and Sputnik, and their subsidiaries, will no longer be able to spread their lies to justify Putin’s war,” European Commission President Ursula von der Leyen said.

We have received requests from a number of Governments and the EU to take further steps in relation to Russian state controlled media. Given the exceptional nature of the current situation, we will be restricting access to RT and Sputnik across the EU at this time.

Meta had previously announced that Russian state media outlets would not have access to place ads or monetize content on its various platforms.

“Given the exceptional nature of the current situation, we will be restricting access to RT and Sputnik across the EU at this time,” Clegg said.

“Due to the ongoing war in Ukraine, we’re blocking YouTube channels connected to RT and Sputnik across Europe, effective immediately,” the company said in a statement on Twitter.

Due to the ongoing war in Ukraine, we’re blocking YouTube channels connected to RT and Sputnik across Europe, effective immediately. It’ll take time for our systems to fully ramp up. Our teams continue to monitor the situation around the clock to take swift action.

TikTok has also banned RT, Sputnik, and their affiliates from posting content in Europe.

Whether Twitter will join the other social media companies in blocking Russia Today and Sputnik in the EU remains unclear.

However, Twitter did announce on Monday it would label tweets containing content from state-owned Russian media sites. 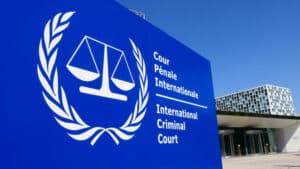