The migration pattern is similar to that experienced by rural states in the U.S.

Thousands of young people in Canada moved to the Maritime province of Nova Scotia.

For the first time, Nova Scotia’s population reached over a million people. It had the second-highest population gain in the country because of interprovincial migration.

The population growth has been attributed to Nova Scotia’s increasingly strong economy as well as the COVID-19 pandemic, which likely initiated or sped up young adults’ plans to move.

“We saw people who were able to come and get jobs here,” Rebekah Young, director of fiscal and provincial economics at Scotiabank, said in a statement to CBC. She added that while many have “ties to the region,” the region’s “quality of life” has attracted many new residents who “appear to be putting down roots.”

“We also saw things like work from home that enable people to come with their jobs,” Young said.

“Nova Scotia’s capital is also enjoying the largest growth in its 272-year-old history,” noted CBC. “Between July 2020 and July 2021, the Halifax Regional Municipality was up 11,394 residents, bringing the total population to just under 460,000 residents.”

Experts cited the city’s balance of urban, suburban and rural amenities as a draw for young people and young families.

Nova Scotia is a Maritime province on the East coast of Canada. Like Maine in the United States, commercial fishing is a significant part of the province economy, which ocean tech sectors expanded in recent years.

The wave of new, young residents Nova Scotia has experienced is similar to population changes impacting rural states in America.

“With the economy in an uncertain state and unemployment still at high levels, Americans are looking to relocate to cities with low living and housing costs,” reported ExtraSpace.com. “37% of 2020 movers couldn’t afford their current housing due to COVID-related loss of job or income, and nearly half of Americans are thinking about moving to reduce living expenses.”

Americans have been afforded more flexibility in living space due to the expansion of remote-work opportunities. They are also prioritizing increased indoor and outdoor living spaces over urban amenities.

Increased interest in rural areas may, in large part, be due to the lower costs of living and the affordability of homes. A September 2020 survey revealed that 28% of Millennials “were more interested in buying a home due to the COVID-19 pandemic.”

Millennials have had historically lower homeownership rates than generations before them.

By the end of 2020, one-fifth of Millennials planned to buy a home in the next six months. 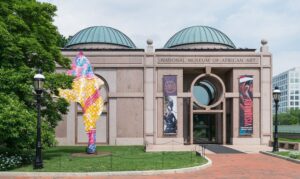