The United States Secretary of Treasury issued a warning to countries that may not observe the sanctions imposed against Russia by America and its allies.

Janet Yellen spoke at the Atlantic Council on April 13 and said the conflict between Russia and Ukraine had “redrawn the contours” of the global economy as well as “our conception of international cooperation going forward.”

“The unified coalition of sanctioning countries will not be indifferent to actions that undermine the sanctions we’ve put in place,” Yellen said during her remarks.

“While many countries have taken a unified stand against Russia’s actions and many companies have quickly and voluntarily severed business relationships with Russia, some countries and companies have not,” the Treasury Secretary added.

Yellen said that any of the “countries who are currently sitting on the fence” because they believed there may be an “opportunity to gain by preserving their relationship with Russia and backfilling the void left by others” were mistaken.

“Such motivations are short-sighted,” Yellen said.

AP News notes “the U.S. and its allies have used sanctions to weaponize the global economy against Russia over its war in Ukraine.”

While no specific countries were named in the speech, analysts have noted the warnings were most likely directed at China and India. Neither nation has imposed sanctions against Russia for its invasion of Ukraine.

China said last week that NATO should stop its “confrontational approach” to the conflict as it is a threat to the security order in Europe and could result in destabilization in Asia.

“NATO should immediately stop spreading disinformation and provocative remarks targeting China, and abandon the confrontational approach of drawing ideological lines,” said Zhao Lijian, a spokesperson for the Chinese Foreign Ministry. “NATO has disrupted Europe. It should stop trying to destabilize Asia and the whole world.”

Yellen’s comments are her latest warning about the economic consequence of the Russia-Ukraine conflict.

Speaking to the House Financial Services Committee in early April, Yellen said there will be “enormous economic repercussion in Ukraine and beyond. Treasury is committed to holding Russia accountable for its actions so it cannot benefit from the international financial system.”

When asked by lawmakers, the Treasury secretary said the U.S.’s response to Russia’s invasion is proof that the nation is prepared to impose sanctions on China should the country take aggressive action against Taiwan. 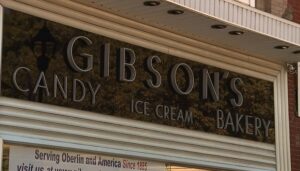