'The Upcoming Changes Will Create Opportunities For ... Gamers To Make Choices To Reduce Environmental Impact While Gaming'

Microsoft touted Xbox as the first “carbon aware” console in an effort to build a “more sustainable future of gaming.”

“Xbox is working to reduce our environmental impact to help us reach Microsoft’s goal of being a carbon negative, water positive, and zero waste company by 2030 by rethinking how we design, build, distribute, and use our products,” a press release from Microsoft’s Xbox Wire said.

Now you can game without the guilt. @Xbox is the first gaming console to offer carbon aware game downloads and updates 🎮

Explore how you can reduce your carbon footprint: https://t.co/XSw6jHqoxW

Microsoft said not only do they hold themselves accountable for carbon emmissions in production and distribution but to “emissions created with the use of [their] products in the homes” of customers as well.

“So, the way we design our hardware and software to be more efficient and optimized for renewable energy can have a big impact,” the statement continued. “The upcoming changes will create opportunities for our collective community of gamers to make choices to reduce environmental impact while gaming.”

Microsoft aims to reduce their carbon footprint in customers homes by “optimizing updates and downloads” to run using the most renewable energy. However, Xbox owners will reportedly experience longer boot times for their consoles.

“When your console is plugged in, connected to the Internet and regional carbon intensity data is available, Xbox will schedule game, app, and OS updates for your console at specific times during the nightly maintenance window that may result in lower carbon emissions because a higher proportion of electricity is coming from lower-carbon sources on the electric grid.”

The update will “wake up” at a time when the most renewable energy is available based on a customer’s local energy grid.

“This decreases fossil fuel dependency and CO2 emissions, and could potentially save you money.”

The one-time update will reduce overall power consumption while the console is powered off and reportedly will not affect “performance, gameplay, or [a] console’s ability to receive overnight updates to system, games, or apps.”

Other features available for Xbox users include an “active hours” option which reduces overall energy draw while the console is running.

Microsoft encourages customers to “choose settings that help you and your Xbox save energy” including choosing automatic updates and choosing shorter duration for the console to be shut down when inactive.

“Xbox can kick rocks with their ‘carbon awareness’ nonsense,” said one Twitter user.

“Microsoft is going too woke! They remotely shut off all Xboxes for climate change awareness,” said another user. “They’re calling it a carbon aware console. This is what they’re planning to do with all electronics. This is how it all starts. First Xbox then your heater, then you’re [sic] electric car.“ 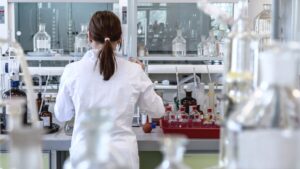