Still the center of controversy, the Chinese lab held an international conference on lab safety and protocol with hundreds in attendance

The storied laboratory believed to be the source of the COVID-19 pandemic hosted an international conference to address laboratory safety and protocols to protect from laboratory leaks.

The Wuhan Institute of Virology hosted the event that boasted more than 200 attendees from China and 26 other countries, including Kenya, Nigeria, Pakistan, Myanmar, Sri Lanka, Brazil, Greece and Bulgaria.

The event, named International Training Course on Biosafety Laboratory Management and Technology, was held amid the recent choice by America’s top health and intelligence authorities backing a theory that COVID-19 originated and escaped from the Wuhan Institute of Virology.

The Chinese Communist Party-controlled lab has drawn a portion of its funding from the National Institute of Allergy and Infectious Diseases Director Dr. Anthony Fauci. The combined research from that funding was used to create strains of SARS-like viruses that can and have been known to infect humans. This research resulted in the development and release of the COVID-19 virus that started the worldwide pandemic.

While the lab remains at the center of much controversy in the pandemic, it hosted a laboratory safety measure conference on Dec. 16 and 17.

An increasing number of senior administration officials in the U.S. engaged in a probe of the coronavirus. According to a CNN report, the theory that the virus could have emerged from the Wuhan Institute of Virology has been deemed plausible.

More U.S. officials have come to see the Wuhan lab leak theory as credible. White House press secretary Jen Psaki told reporters earlier this year that the administration had been pressing Chinese officials to allow international investigators full access to the data China collected in the early days of the outbreak. 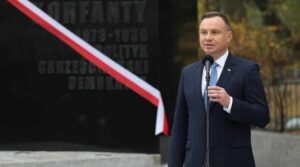