A woman who opened fire at Dallas Love Field Airport has been taken to the hospital after being wounded by police.

The 37-year-old reportedly pulled out a gun and fired at the ceiling around 11 A.M. on July 25. Officers shot at the woman during the ensuing confrontation.

In a statement to the media, Dallas Chief of Police Eddie Garcia said the woman went to a restroom after being dropped off at Love Field and changed clothes. After exiting the restroom in a hooded sweatshirt, she produced her gun and fired.

She was shot in her “lower extremities” and taken to Parkland Memorial Hospital, reports NBC New York. The unnamed woman has been placed under arrest.

“At this point, we don’t know where exactly this individual was aiming,” Garcia said during a press conference. An investigation is ongoing.

No other injuries were reported.

Max Geron, the chief of police for the nearby town of Rockwall, was going through security at the time of the shooting and was evacuated with his family. He applauded the Transportation Security Administration’s response to the gunfire on Twitter

Just got evacuated out of Love Field after an apparent shooting. Family is safe. TSA did a great job.

A traveler told the Dallas Morning News that he had been walking toward baggage claim when a “stampede of people” began running toward the airport’s doors.

Videos of travelers taking cover inside the airport have been shared online.

@DallasLoveField what just happened? A group of people were running and yelling “run” and we all immediately took cover. Nothing has been communicated to us. Everything seems to be calm now. It was most certainly a scary experience for all. @SouthwestAir pic.twitter.com/zU7QLhFV4C

Hundreds of passengers were gathered outside of the terminal just before noon. TSA warned in a travel alert that agents were “in the process of rescreening all travelers through airport security checkpoint.”

“Understand that will take time, so be patient because number of passengers at checkpoint has just increased exponentially,” the agency told travelers.

Love Field is the headquarter for Southwest Airlines, which operates roughly 600 daily flights at the airport. The airline said it had “paused all departures and arrivals as we wait for additional information from authorities” and that “there’s no greater priority for us than the safety of our employees and customers, all of which are reportedly safe,” per NBC News.

All Dallas Love Field flights were being held at their departure location by the Federal Aviation Administration starting at 11:11 A.M. until approximately 1:30 P.M. Central Time. 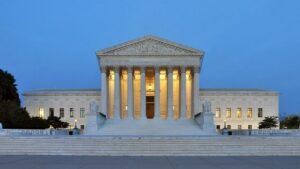