'An absentee ballot must be returned by mail or the voter must personally deliver it to the municipal clerk,' the court ruled

Wisconsin can no longer use ballot drop boxes to collect absentee ballots in any future election.

The state’s highest court found that drop boxes used to collect absentee ballots were not permissible following a 4-3 vote. The decision, which was released on July 8, comes four weeks before Wisconsin’s Aug. 9 primary elections.

“We hold the documents are invalid because ballot drop boxes are illegal under Wisconsin statutes,” Bradley wrote. “An absentee ballot must be returned by mail or the voter must personally deliver it to the municipal clerk at the clerk’s office or a designated alternate site.”

“If the right to vote is to have any meaning at all, elections must be conducted according to law,” states the court’s decision. “If elections are conducted outside of the law, the people have not conferred their consent on the government. Such elections are unlawful and their results are illegitimate.”

The court found that the state legislature, not the Election Commission, has the power to permit or regulate ballot drop boxes. The legislature would need to enact a policy to make drop boxes a legal method of ballot collection in the state.

Voters with significant physical disabilities are permitted to have a friend or family member place their ballots in a mailbox on their behalf.

“The popularity of absentee voting exploded during the pandemic in 2020, with more than 40% of all voters casting mail ballots, a record high,” reports CBS News. “At least 500 drop boxes were set up in more than 430 communities for the election that year, including more than a dozen each in Madison and Milwaukee — the state’s two most heavily Democratic cities.”

Those in favor of ballot drop boxes had argued they are secure and allow people to participate in voting.

Justice Ann Walsh Bradley wrote that the majority opinion “blithely and erroneously seeks to sow distrust in the administration of our elections” and ultimately “erects yet another barrier for voters.”

“A ballot drop box is a simple and perfectly legal solution to make voting easier, especially in the midst of a global pandemic,” wrote Bradley. “The majority/lead opinion’s sky-is-falling rhetoric not only defies the facts, but also is downright dangerous to our democracy. Absent evidence that supports its statements, the majority/lead opinion still lends its imprimatur to efforts to destabilize and delegitimize recent elections.”

The Wisconsin Institute for Law & Liberty sued the Wisconsin Election Commission in 2021 on behalf of two men from the Milwaukee area three days after the state’s Supreme Court declined to hear a case that challenged the legality of ballot boxes.

Filed in Waukesha County by Richard Teigen and Richard Thom, the lawsuit requested Judge Michael Bohren “invalidate advice to clerks from the bipartisan Wisconsin Elections Commission about how absentee ballots can be returned” – especially challenging the Election Commission’s decision in 2020 that absentee ballots could be returned by people other than the voter.

“The lawsuit contends voters can return absentee ballots in only two ways. They can drop them off in person at municipal clerks’ offices or they can return them through the mail,” reports the Milwaukee Journal Sentinel.

In January, the Waukesha County judge ruled ballots could not be used in Wisconsin.

“A basic but defining feature of our state and our country is the notion that politicians should not be able to abuse their power to prevent eligible voters from casting their ballots or cheat by changing the rules just because they didn’t like the outcome of the last election,” he said in a statement, per The Wisconsin Examiner. “Today’s decision is another in a long line of Wisconsin Republicans’ successes to make it harder for Wisconsinites to exercise their right to vote, to undermine our free, fair, and secure elections, and to threaten our democracy.”

Evers is currently running for reelection and will appear on the ballot in August. 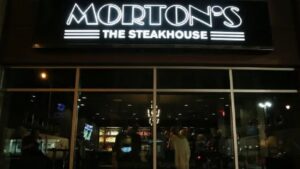