The bill, which mandates schools to uphold parents' rights regarding care and decisions for their children, may be vetoed by the governor

The Wisconsin State Assembly and Senate have passed a “parent bill of rights” to allow parents to sue schools that fail to inform them about their child’s gender or social transition.

Assembly Bill 963 (AB963) is sitting on the desk of Democratic Governor Tony Evers, who most anticipate will veto the measure. Evers is the former superintendent of Wisconsin’s public school system and a fierce supporter of educators’ rights.

The bill states that parents have “the right to review all medical records related to the child unless specified otherwise in law or court order.”

AB963 also says that parents have “the right to determine the names and pronouns used for the child while at school,” along with “the right to review instructional materials and outlines used by the child’s school.”

As outlined in AB963, parents are entitled to sue governmental bodies or school administrators if they violate “the fundamental right of a parent or guardian to direct the upbringing, education, health care, and mental health of a child.”

The measure was drafted after a Wisconsin school district was sued for allegedly concealing information about a child’s gender transition from the child’s parents.

According to a report from the Daily Caller, parents filed a lawsuit against the Kettle Moraine School District after their 12-year-old daughter began a “social transition” wherein she was “presenting to others as the opposite sex, primarily by adopting a new name and pronouns.”

As reported by the Daily Caller, the principal informed the parents, “school staff would refer to her using whatever name and pronouns she wanted while at school, even over her parents’ objection.”

Wisconsin is part of a group of states, including Indiana, Kansas, Texas, Florida, Virginia, Missouri, and Georgia, that passed or proposed similar legislation. 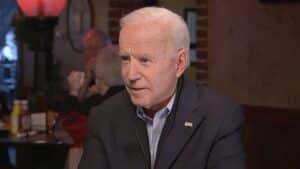