The Academy has scheduled a board meeting to review the events, and confirm Smith Ignored their request to leave

On Wednesday, the Academy of Motion Pictures announced it had launched “disciplinary procedures” against Will Smith.

In their statement, the Academy confirmed that Smith ignored their request for him to leave the event after his actions violated the code of conduct.

“The Board of Governors today initiated disciplinary proceedings against Mr. Smith for violations of the Academy’s Standards of Conduct, including inappropriate physical contact, abusive or threatening behavior, and compromising the integrity of the Academy,” the statement read.

“Mr. Smith was asked to leave the ceremony and refused, we also recognize we could have handled the situation differently.”

Smith will receive 15 days notice of a vote and be offered the opportunity to be heard via a written response.

The Academy may take action that could include “suspension, expulsion, or other sanctions permitted by the Bylaws and Standards of Conduct.”

The next board meeting for the Academy is scheduled for April 18.

Smith won an award for best actor for his role in “King Richard” shortly after the incident.

In his acceptance speech, Smith apologized to the Academy of Motion Picture Arts and Sciences but stopped short of apologizing to Rock.

However, Smith took to Instagram on Monday to apologize to Rock.

“Violence in all of its forms is poisonous and destructive,” Smith said in the post.

“My behavior at last night’s Academy Awards was unacceptable and inexcusable,” he continued. “I would like to publicly apologize to you, Chris. I was out of line and I was wrong. I am embarrassed and my actions were not indicative of the man I want to be.”

Smith addressed scrutiny from the Academy of Motion Pictures, who expressed concern over Smith’s behavior at the awards show.

Early Monday, People reported a follow-up statement from the Academy.

“The Academy condemns the actions of Mr. Smith at last night’s show,” the statement read. “We have officially started a formal review around the incident and will explore further action and consequences in accordance with our Bylaws, Standards of Conduct, and California law.”

In 2018, the Academy voted to expel actor Bill Cosby and director Roman Polanski from its membership, citing a violation of its code of conduct. 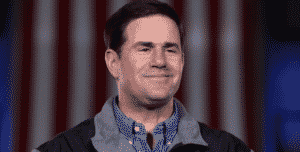