Will Smith Banned From Oscars For Ten Years

'During our telecast, we did not adequately address the situation in the room,' said Academy leadership on Friday

Actor Will Smith has been banned from the Oscars for ten years after slapping comedian Chris Rock during the annual awards show, but he is allowed to keep his Oscar for best actor.

The decision was handed down from the Academy of Motion Pictures on Friday following a Board of Governors meeting held earlier in the day in Los Angeles.

According to the New York Post, the Academy issued a statement saying, “The Board has decided, for a period of 10 years from April 8, 2022, Mr. Smith shall not be permitted to attend any Academy events or programs, in person or virtually, including but not limited to the Academy Awards.”

The statement was signed by Academy President David Rubin and CEO Dawn Hudson.

“During our telecast, we did not adequately address the situation in the room,” the statement continued. “For this, we are sorry. This was an opportunity for us to set an example for our guests, viewers, and our Academy family around the world, and we fell short — unprepared for the unprecedented.”

Initially scheduled for April 18, the meeting was pushed up after Smith announced his resignation from the Academy last week.

Smith released a short statement to Page Six on Friday, saying, “I accept and respect the Academy’s decision.”

According to movie industry insider Matthew Belloni, Smith had a Zoom call with Hudson and Rubin last Tuesday. According to him, Smith apologized to the leadership to “implicitly try to smooth things over in advance of the Board meeting on his accountability.”

The Sun reported this week that the Academy’s Board members had been divided over confiscating Smith’s Best Actor Oscar.

The incident took place on live television during the annual broadcast of the renowned awards show, The Oscars.

During the live broadcast, Rock cracked a joke onstage about Jada Pinkett Smith’s appearance, which led to her husband storming the stage, slapping Rock, and shouting, “Keep my wife’s name out of your f—ing mouth.”

Will Smith issued a public apology to Chris Rock on Instagram after a day of scrutiny following his assault against the comedian live during the Acadamy Awards. 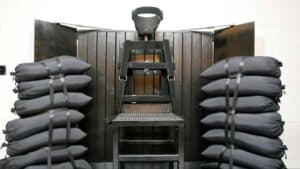