The White House is celebrating a federal judge rejecting a request to block the new eviction moratorium on Friday.

Trump-appointed U.S. District Judge Dabney Friedrich rejected a request from a group of landlords to block the new Centers for Disease Control and Prevention eviction halt, which is expected to last through October.

The moratorium has been highly controversial, as property owners are left housing tenants who are not paying their rent. The previous halt had expired on July 31.

“The Administration believes that CDC’s new moratorium is a proper use of its lawful authority to protect the public health. We are pleased that the district court left the moratorium in place, though we are aware that further proceedings in this case are likely,” White House press secretary Jen Psaki said in a statement.

“The President continues to call on State and local elected officials and judges to issue local eviction moratoriums and move aggressively to distribute the $46.5 billion in emergency rental assistance funds that are available through the bipartisan COVID relief act that Congress passed in December 2020, and through the President’s American Rescue Plan that was enacted in March 2021,” Psaki said.

Psaki said that struggling landlords should seek rental assistance and “not evict tenants from their homes.”

The Hill reports, “Friedrich ruled in May that an earlier version of the Biden administration’s eviction moratorium was illegal. The question before the federal judge this time around was whether she should follow the ruling of the D.C. Circuit Court of Appeals or another from the Supreme Court on the issue. The Supreme Court upheld the CDC’s previous moratorium at the end of June but indicated that an extension beyond the earlier July 31 deadline would be outside the agency’s constitutional authority without action from Congress.”

In Friday’s opinion, Friedrich said that the appellate ruling had “tied” the court’s hands.

“It is true that the Supreme Court’s recent decision in this case strongly suggests that the CDC is unlikely to succeed on the merits,” Friedrich wrote. “But the (District) Court’s hands are tied. The Supreme Court did not issue a controlling opinion in this case, and circuit precedent provides that the votes of dissenting Justices may not be combined with that of a concurring Justice to create binding law.” 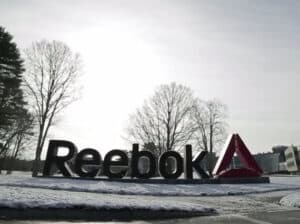 Adidas Will Sell Off Reebok